The episode starts with all the teams catching the same flight from Cambodia to Dehli, India.  Dallas and Starr discuss their budding romance.  Dallas said it's awkward to be flirting with Starr with her brother around and that his mom is the worst wingman ever.  Truedat.  Probably one of the funniest lines in the season.  Oh here's the actual quote:

"Starr's a cool girl, but to find that alone time just to be able to hang out…it's tough. My mom's with me. My mom’s the worst wingman ever." Starr added, "Dallas and I have a great friendship that has formed which will probably continue after the race. There is an attraction there." 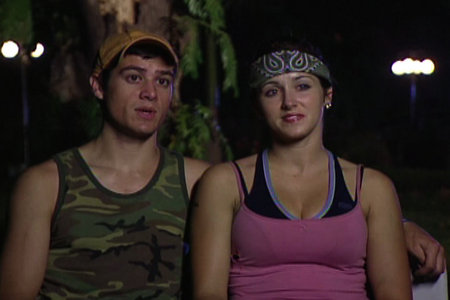 The teams arrive in a hot and smelly India.  Starr's brother Nick warns Team Divorce that they may want to cover up a little bit because their sports bras and booty shorts are attracting strange Indian men.  Team Divorce says "... but it's hot" and they don't cover up.  One of these seasons a team of girls is just going to disappear.

Sarah remarked, "I felt like Terence was being critical of me. I was feeling kind of fragile and I think that got in my way." Before he left the task, Andrew had also noted Terence's behavior, saying, "If [Terence] wanted to be so controlling I don’t know why he didn’t do the Roadblock. Who makes their girlfriend do body work?"

Ken and Tina are late getting to the road block because they have the worst cab driver in India.  He can't find anything, so what do they do?  They ask him to wait for them to finish the road block so they can get lost again... and they do!  Finally they ask to switch out cabs.  Ken tells the cab driver that he may have just cost him a million dollars.

After the road block the teams go to a hotel where they are given a new clue.  They are given the choice of two challenges.  One is you can iron 20 pieces of clothing using a coal iron at a laundry facility or they can go to an Indian wedding and try to make a traditional wedding necklace using certain monetary amounts. To me this has been the most clear cut choice of all time.  You can iron clothes so much faster than dealing with crazy crowds and trying to exchange money.

The irons turn out to be difficult to use but everybody but the Frat Boys do it relatively easily.  The Frat Boys moan about how Frat Boys don't iron they drink beer.

In the end it comes down to a race between the Frat Boys and Ken and Tina for last place.  Tina is bugging the hell out of Ken, she never shuts up and is extremely annoying.  Ken and Tina come in last place but it's a non-elimination round.  They wonder if their relationship will last.  Hint:  It won't. 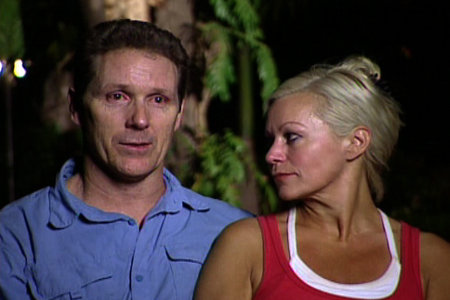 Next week looks crazy, the teams run through this gauntlet of powdered chalk and paint and are beat down.