Share All sharing options for: OH SNAP, Curling's Back!

The 2008 Continental Cup of Curling starts today and lasts until Friday. You remember curling, with these things:

and the brooms and the furious sweeping of ice? Only the best winter Olympic sport you've ever seen, amirite? That's why they call it "chess on ice."

The teams? It's North America vs. THE WORLD. Okay, it's just Europe, but still... they call them "Team World." Forgive the usage of this stale adjective, but that sounds rather epic. They had to change it to Team World instead of Europe when they added a couple of Wangs.

Ben Herbert of Team North America is stoked out of his matriarchal fornicating posterior to be competing in the tournament:

"I can't wait. It's great playing team events. It's very unique and you look forward to playing with some of your best buddies."

While Russ Howard, North America team captain, could not contain his enthusiasm:

"It's a neat event. A lot of fun. The camaraderie is the neatest part."

The home team has claimed the cup three times of the five years the event has been held, snatching it back in 2007 from Team Europe, who was at that time Wangless.

Here's something for the kids or to decorate your office, because curling rocks! 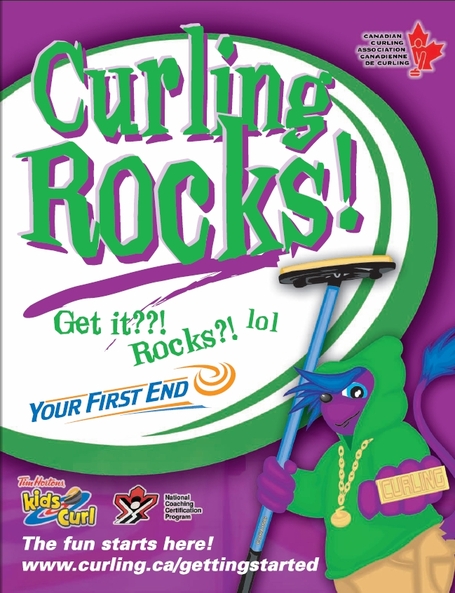