The Vendée Globe is kicking its competitors collective stern again this year. One might expect top hats and pocket watches would be proper attire for a sailboat race around the world that takes approximately 90 days, but oh my friends, how wrong you would be. In the Vendée, you race alone. The race is run every four years and was started in 1989 because this French guy didn't think there were enough ways to die alone on a boat. 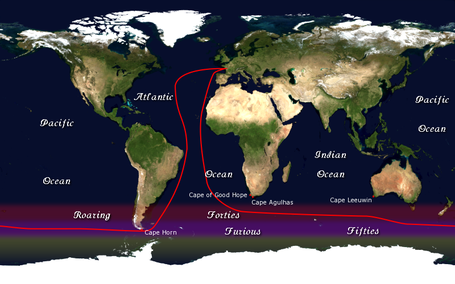 It's 40 days in, and this marathon is no different than the last five, with nearly half of the competitors failing to finish. Past reasons range from simple medical problems like toothaches to all out boat failure, capsizing, or being lost at sea. This year, the score stands at four dismastings, one running aground, one cracked hull, and one cracked femur. 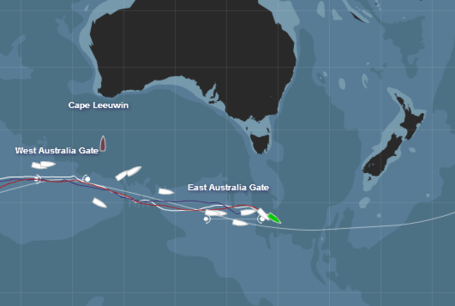 where they are, via img355.imageshack.us

Two competitors have cut off from the race to save said femur, belonging to Frenchman Yann Elies. One of them is British yachtswoman Samantha Davies:

"I am ready for anything in my bid to assist Yann. He's my number one objective now. I will stay there as long as it takes the emergency services to arrive and ensure he's not on his own.

"I can't describe my feelings of horror when the reality of the situation hit home. It is one of the phone calls that I hoped I would never receive - to find out a fellow competitor and good friend is injured and suffering.

"My bruised elbow suddenly became insignificant although, having so recently been hurt, alone on Roxy, I can understand what Yann must be going through only too well."

Samantha is in bad shape herself after bruising her elbow on a winch transmission and passing out. Hey, that's how people get lost at sea, you know?

Yann Elies broke his femur when he was slammed to the deck by a large wave. He's got morphine on his boat, only he can't get to it. But, the lady Davies will be arriving soon. You know what they say, "What happens in international waters with a bottle of morphine..."

"I know I must be sensible and get some rest en route so that if I am needed I will be on form. I'm ready to do anything to help, as I'm sure any of the other skippers in this race would be.

"The trouble is, as Yann cannot move and we are alone on our boats in quite big seas, there is little we can do other than offer company and moral support as we await the rescue.

Mike Golding was eliminated when a 60-knot squall ripped his mast off.

Alex Thomson's boat, the Hugo Boss, suffered a cracked hull on the port side.

All told, twelve of the thirty entrants have been eliminated, not counting the two who are playing rescuers down under. Everyone seems to be pushing to reach the Atlantic, but who knows who will be left by then. I wouldn't be surprised if nobody finishes the race with their boat intact, and I will be surprised if nobody is killed.

Still feelin' nautical? You can follow the race here.