Canadian body builder Pete Czerwinski consumed 41 pounds of latkes in 8 minutes to be crowned National Potato Latke Eating Champion of 2008. Pete ate 46 latkes in all, with second place being awarded to Will Millender, who ate only 29. 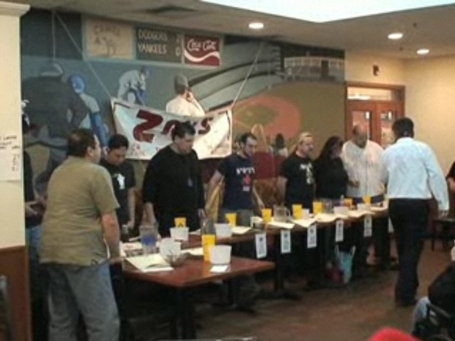 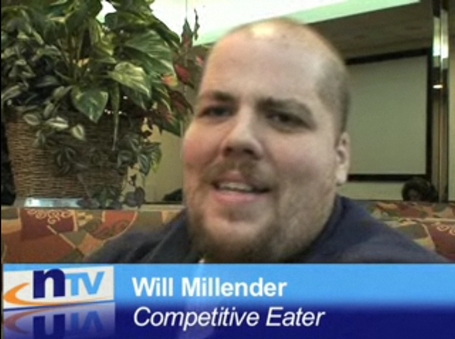 "I've picked up a lot of bad eating habits. So, I've always known I can eat a lot, and I've never really had the tools to be healthy about it. So that's basically where this started, where I was unhealthy and then finally in my everyday life I'm trying to be better and more strict about what I eat."

Which is why he chose to eat nearly 25 pounds of food.

Czerwinski, who is also a mechanical engineering student, shattered the old record of 31 latkes, set by Tom "Goose" Gilbert. He described his freakish powers: 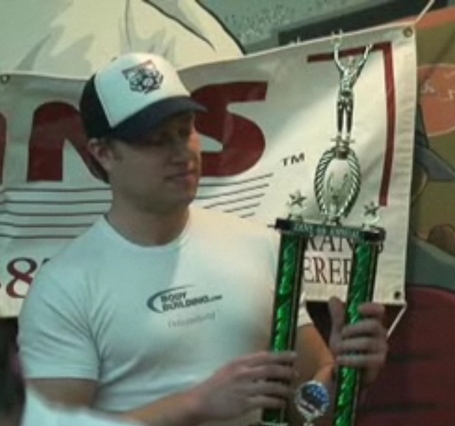 Pete Czerwinski had never eaten a latke before.

Other people were just there for the free food, like Paul Arcaria: 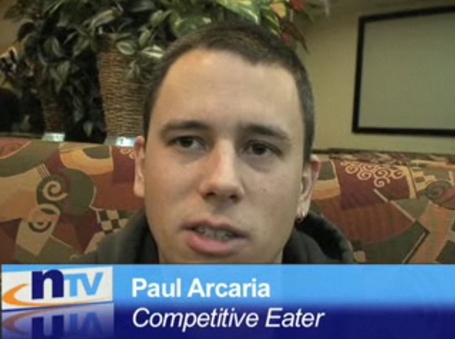 "Yeah, this is for fun on the weekends. I'm 9-5 during the week and, uh, ya know, you get some travel, hang out with some really cool people."

And Mike Hoffman, who participates in pickle-eating contests (I KNOW, LOL), and considers latkes a "treat":

Hoffman, who weighs about 150 pounds, prides himself on "beating guys three times my size." But such a boast is not without danger.

"I've got to be careful, they might eat me one day," he said with a laugh.

First prize was $300, or about $363 in CanadaBux, where Pete will no doubt return with his winnings. I threw some feces at an abacus and determined that Pete averaged one latke every 10.4 seconds. I'll say it again, that's alotta latkes.