Melissa Berry, a 24-year-old rookie linebacker with the Tampa Breeze franchise of the Lingerie Football League, is seeking $15,000 in unspecified damages from her ex-boyfriend Mark Dawson, a 45-year-old safe dating expert, whom she dated earlier this fall. 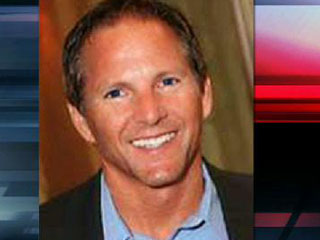 You may remember that last season Uncommon Sportsman reported that the 2008 Lingerie Bowl was canceled for reasons we explained.  Could this all be an attempt to publicize the return of the Lingerie Bowl in 2009 and the League in September?  Crazier things have happened with starlets purposely releasing sex tapes to get their names out.

I'm sure we'll be supporting the San Diego Seduction in their first game on 9/11/09 next season, just so we can attempt to be a groupie, but next September is a long way away.  So I guess we'll just have to settle by watching other teams play terrible football in their underwears in 33 days, that is unless we have to pay for it, because seriously it's not worth it.