The teams fly to Portland, Oregon and jump in cabs where they race to a tree climbing facility.  The teams can either climb a tree, walk across a balance beam log and jump for their clue on a trapeze or they can run across about 100 yards of logs in the water. 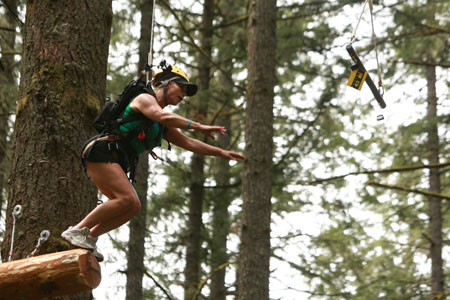 Running across the logs in the water would have been so much easier.  There is no preparation, no ropes, helmets and vests.  You just go.  The logs were also chained in place so they won't spin and they were side by side.  It would have been so easy.

I was kinda stressed watching the episode and Tina and her bitching was driving me bat sh*t crazy.  "Don't you tell me to hurry up!  My helmet is choking me!".  Ken is like "Move your a$$ woman!"  I'm not sure how he puts up with her.

Nick and Starr of course fly through the challenge and reach the next stop in second place because their cab driver misses a turn.

Ken and Tina get to a bridge first where they zip line from a bridge like a half a mile to an island.  It looks really cool, but slow.  Again Tina complains about her fear of heights. 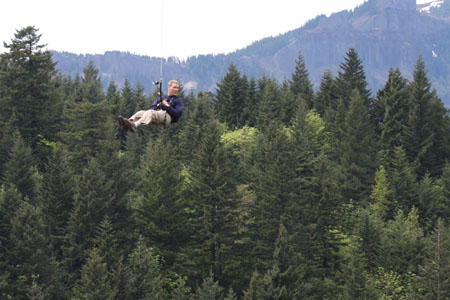 Nick and Starr are right behind them and Starr shows off her cleavage as she spins on the zip line to the island below.  That's seriously all I remember.

On the island, the teams have to remember pit stops and other events from the race and match them with pictures that are in those little Amazing race boxes.  It really wasn't that much fun to watch them complete this challenge.  Of course Nick and Starr fly through it although Starr is running out of energy quickly. 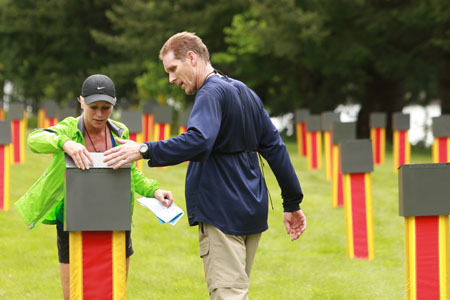 Everybody jumps into cabs again and the teams race to downtown Portland where they have to find a green dinosaur in a building window.  Are these challenges really quality enough to be in the finale for a $1m race?

Then they go to a Russian food cart, then to a donut shop, then to the finish. It's so much easier for the teams to race in the U.S. where they can ask people for directions.

Sure enough the teams take cabs to the finish and Nick and Starr win.  I think it would have been better if the race didn't come down to cabs.  I'd like to see the race come down to desire.  Oh well. 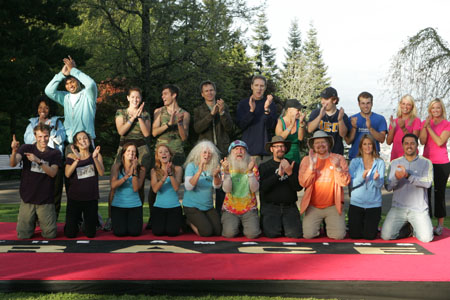 Did you notice that Toni and Dallas weren't at the end of the race?  I bet Dallas is stuck in Russia because he lost his back pack.  Too bad too, because I bet there would have been a big make out session with him and Starr.