What's up with cricket?

Share All sharing options for: What's up with cricket?

News has been slow, so it's time to take a look back at our old standby, cricket. 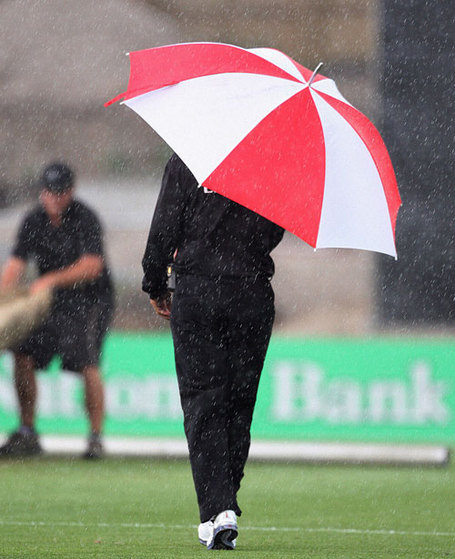 Actually the past few days have been what our English friends, the English, called "a right mess." Their team captain Kevin Pietersen resigned from his role and the team's coach Peter Moores was fired, following a gentlemen's disagreement between the two. Andrew Strauss has taken over the team captain's role, but for what they call "one-day's captaincy."

"The selectors feel that it is important to have stability and continuity on the Caribbean tour given the events of the last few days," said England's national selector, Geoff Miller.

Strauss will be working with Andy Flower, a guy they haven't even extended the courtesy of calling "interim manager," just "the guy with the most seniority," for the upcoming Carribean tour. Strauss lost his spot on the ODI squad two years ago and has finally gotten his shot at redemption. With the English not showing a lot of confidence in their personnel, I hardly think they have the competition shaking in their Strikers.

Hit the jump for some cool cricket stats.

His efforts also compare favourably to the current ODI opener, Ian Bell, whose average (35.47) is higher, but whose strike rate (72.36) is lower.