The venue of the 2009 game was supposed to be a nudist colony.  The Lingerie League says that they agreed that the crowd would wear clothes, the nudist colony denies this.

"The league will not place our fans, players, staff nor partners in a less-than-comfortable environment that would ultimately jeopardize the mainstream perception and reputation of the brand that so many have worked diligently over these past five years to build," the league's Stephon McMillen said.

What's the difference if old naked guys watch the game in the stands or at home?  This is their target market:  wrinkly, old, naked guys.

Earlier this year there was a Lingerie Team scandal.

Let me find a picture of a chick in lingerie so that this post is worth while.  One moment please. 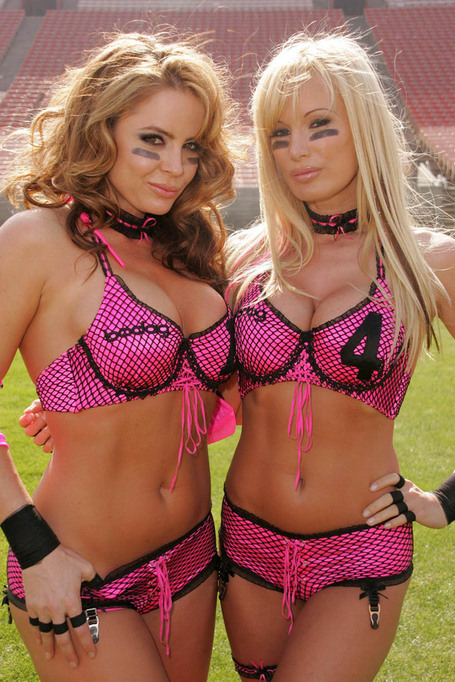