Oh dang!  The Amazing Race just ended and a new season is starting already.  It will start on February 15th.

The Amazing Race 14's premiere will mark the first time CBS has aired fall and spring editions of The Amazing Race in the same season since the show's tenth and eleventh editions aired during the 2006-2007 season.

They also made a few changes by adding a deaf person to the mix and less airport travel. 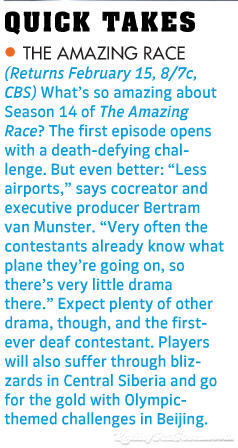