Previously on.... UNCOMMON SURVIVOR! Foa Foa won its first immunity challenge, and Galu got all scared to vote out Yasmin because Dread Russell liked her best. He soft-spokenly threatened to kick some ass if they voted against his wishes, but everyone ended up voting for Yasmin over Monica, anyway. Everyone, that is, except Shambo.

Right after the vote, Shambo is all bummed because she's out of the loop, and everyone else is much happier now that Yasmin is gone. Monica is gunning for Shambo now, and without any friends, she's not much competition.

Day 12 at Galu starts with Erik getting beat up by the surf. Nothing else interesting happens there, so they switch over to Foa Foa, their waves are big, too. Fascinating.

Tree mail warns of a gross food challenge from the sea. Liz sets off Evil Russell by telling him she's worried about Ashley. He's alarmed that someone else is playing the game. Almost two weeks in after no signs of life? I would be, too. Such a weak attempt by Liz, too, and to the wrong person.

Everyone arrives in front of Jeff's wheel of seafood fate. He's gonna make smoothies out of all kinds of gross stuff. I'd prefer that, I think. You remove a lot of the texture issues that may arise.

Back at Foa Foa, Shambo makes it all about her and begs for a group hug. Everyone hesitates but eventually relents. So awkward. Naturally, Ashley is now on the chopping block and theres a blonde girl bonding moment between she and Natalie on the beach. A blonding moment, if you will.
Galu has a fine feast ready to go, but Dread Russell wants a pep talk first. He's decided to cover his ass by saying he sent Shambo because she lost a chicken. Two things, friend; you put her in charge, and you're just afraid to point out the obvious; nobody likes her. That's why you sent her. He announces that it's time to eat, but they can't get the fire going. Dave is backseat driving the whole time until Dread Russell tells him to do something instead of running his mouth. Woohoo, conflict! That came from nowhere. Dave, realizing he's causing a scene, apologizes and gets involved with the fire. It thrives and they're able to eat, at last.
Back at Foa Foa, Shambo shares the third clue, which leads directly to the tree. Everyone else scratches their heads and drools, but Liz puts all the pieces together. Too she goes to confront Evil Russell about it, another wrong move. He freaks out whenever someone doesn't believe his lies. That makes him a pretty bad liar. He storms off after telling her that she's on thin ice. She needs to spin some damage control, and fast.
Let the rains come! Mark that tape, night 13 at Galu, Kelly regrets the blanket reward instead of the tarp. We laugh, and laugh, and laugh some more. Both tribes are soaked and the treemail says something about nuts.
Immunity challenge time! Shoot coconuts into a basket that someone else has to hold up by rope with the intent of getting the rope holder to drop it. Galu starts out quickly, piling onto Evil Russell's basket, even two at a time for John. The rain really begins to pour and there's a montage with some montage music. Jaison is the only one scoring for Foa Foa, and Jeff points out Ashley's futility. Evil Russell is overwhelmed and Liz puts up a great fight, but eventually she is overcome, too. Galu wins immunity and Shambo lives on just a little longer.
After the challenge, Jaison lays out the bleakness for everyone. They just lost, it's been raining for 48 hours straight. With everyone stuck in the shelter, nobody can sneak away to hide their daggers. They all talk like they want to be honest, but the way they eyeball each other says the exact opposite. The voice overs during this made a nice dramatic effect.
Tribal council time! Jaison says this is harder than being coached by a Yugoslavian. Everyone's glad to be around the warm fire, though. Everyone talks about trust, but they're all liars. They go to vote, and we get to see that Ashley and Liz have voted for each other. The rest fall Ashley's way, and she is eliminated. Only five Foa Foa remain! 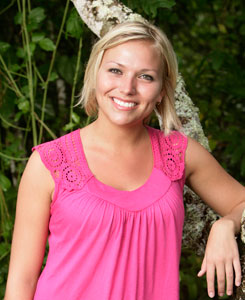 Don't miss next week, there's more torrential downpour and the medic gets her ubercharge on with a challenge injury! Someone might even get removed from the game! And, there'll be screenshots with the recap, it didn't work out this time.
As always, thanks for reading and the comments below are your playground.