Last time on... UNCOMMON SURVIVOR! (pretend you're Jeff Probst when you're reading that. I do.)

Timbira voted out the lovely CANDANCE and in a fit of bitterness I went out and got a little captain in me. And then I drank some rum. In a new twist, the person who is sent to Exile Island gets to choose one person from the winning side to go with them. The clues for the immunity idols at Exile tell the survivors to look back at their homelands, and the number of people who know there is an idol hidden near their camp is growing.

Usual spoiler rules apply, and take your shoes off when you come in, we don't get a lot of traffic here so the carpets are still nice.

Fresh after the vote, back at camp Timbira, Erinn had been on Candace's side and tries to distance herself from her memory. Coach isn't buying it. She's pretending she's not on the side she sided with, which is her. The next morning, it's survivor beans and rice for breakfast, and Jerry doesn't want any beans, they upset his stomach. Unfortunately for him, he communicated this to the rest of the tribe, so he gets to deal with 6 day old strangers constantly asking him, "How ya feelin', Jerry?" Grand, just grand.

Over at team Jalapao, they won the fishing gear and are clueless as to how to use the net. They try to throw the net at the schools of minnows in the river. Somehow there were some minnows stupider than they were who got caught, about three, and J.T. used them as bait for bigger, edible fish. Joe says the fish tasted like victory and they are a force to be reckoned with now, except in advanced net theory and applied fishionics.

Reward Challenge time! A blindfolded three-legged race where you have to go through a maze guided by your yelling teammate, find buckets, fill them with water, then corn, to fill up a thing and raise a flag. Always with the raising of the flag.

The challenge begins, almost everyone finds their bucket except Brendan who is tied to Jerry. Debbie is screeching at them and they wander off. I'm with them, I'd get as far away from that sound as I could. Jalapao has two buckets of water in by the time Bren & Jerry find their bucket. Timbira groups up at the water tower and walks back with their buckets together, but after they pour them all in, they still don't have enough to start with the corn. If this sounds ridiculous, it's because it is. Under the direction of Debbie, Timbira is defeated handily. When Taj shouts out that they're sending Brendan to exile again, Brendan chooses Taj as his companion. Jeff never misses a moment to put even the slowest of people on edge, "Hey everybody, the same two are going again! Think they're up to something?" Jalapao hauls home a complete set of  yard furnishings and Coach whines because he's losing. I am somewhat satisfied with this.

Back at camp Timbira, we're seeing too much of Coach. After giving everyone the "locker room at half time treatment," the last thing he tells everyone is the worst thing they can do right now is go off into groups and trash the performance of their teammates. He then goes off with Tyson to do just that about Sierra. Tyson is an excellent nodder and flawlessly executes uh huhs at the correct times when Coach is talking, so Coach names him his Assistant Coach.

Jalapao installs their new tarp on their roof just as the rain comes and they get a good night's rest under warm blankets. Sandy damages everyone's psyche when she refers to herself as a sex kitten in the morning.

Back at Exile, the Urns of Nonchoice again, and Taj and Brendan immediately share clues. They plot to each tell their respective buddy at their tribe about their clues and form a secret alliance for The Merge.

Immunity Challenge! Survivors go two at a time to roll six large crates some distance away to solve a puzzle that is also a staircase. Stephen and Sydney for Jalapao fall behind, but they even it back up. They even got so close that Jalapao's crate hit Jerry's leg. Timbura builds a lead with their crates, but they crumble assembling the puzzle. Timbira loses again, they've lost three straight challenges. Jerry is still feeling sick, and his tribemates are know he's weak. Coach still hates Erinn and practiced "her evil smile" when she heard Jerry might be voted out. He conspires with Tyson to still vote out Erinn even though Jerry is laid up in the shelter.

Brendan sneaks away to look for the immunity idol near the Tree Mail area, following his clues from Exile Island. He eventually finds the idol tucked in the back of the Tree Mailbox. He goes off to hide it somewhere else.

Before Timbira heads off to council, Erinn desperately wants to call attention to Jerry's illness. Tyson wants to blindside her because he loves to crush people's dreams.

When they arrive at council, Jeff makes them relive their meltdown at the challenge, at one point asking Jerry who he thinks should lead the tribe. He calls Brendan's name. Jeff, professional troll that he is, sees Coach flaring up. Coach explains to Jeff that when they were on the truck, he told everyone with his eyes what to do, and he would love to be leader. Erinn is coaxed by Jeff into calling him passive-aggressive and Jeff calls his ego into question. Coach rambles about how that's not the case and blah blah blah, because it so is.

In the end, nobody is convinced Erinn is weaker than a sick Jerry, as he is eliminated. Coach and Tyson make sad faces and I derive enjoyment from their minor defeat. Turned out Jerry was the only one that voted for Erinn, anyway. 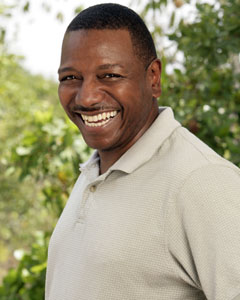 
In the preview for next week, they say Sydney flirts, parrots make out with each other, and the Taj-Brendan plan comes together.