Rioting in the streets continued for yet another day after English athletes Joe Hamilton and Rob Atha emerged as champions over Germany in the men's doubles of international table football last month. 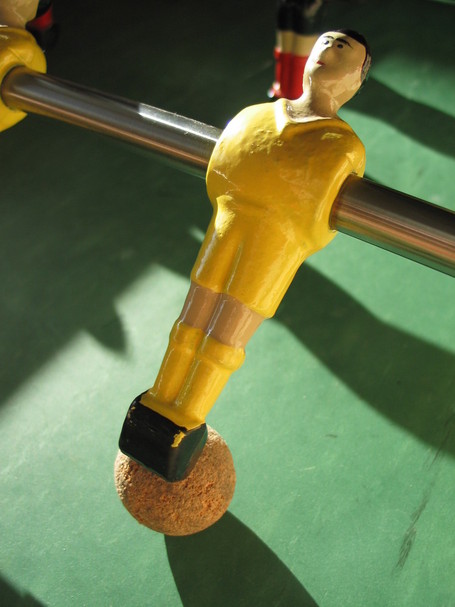 Joe saved a penalty in the last minute of normal time, forcing the two sides, who were drawing 1-1, into a sudden-death shoot-out which England won 1-0.

"When we hit the winning penalty to trounce Germany we just stared at each other and didn’t acknowledge anybody else. It was incredible."

That reminds me of the time Dex and Jonny Dub held hands at Purple Row.
So far, the Americans have yet to swoop in late to claim victory and replay it endlessly on The History Channel.