The teams all leave on the same train to Novosibirsk, Russia.  They are aboard the sleeper cars, but Basketball Sisters were fortunately able to complain about the beds being too short.  These girls don't seem like they are having any fun.  You'd think that being athletes that'd they would be doing a lot better but they don't get along with each other and they don't seem to have fun.  This is the first episode where they've really been shown competing in any of the challenges.

"I’m extremely frustrated because our strategy should definitely be to follow the pack." Spoken like a true competitive athlete.  If they didn't intercut the scenes I'd fast forward through these two.

While driving standard transmission cars on ice, the teams had to find the next checkpoint and Team Deaf Kid and Team Cheerleaders teamed up and followed each other.  Both teams got angry at Team Asian Lawyers because they weren't helping them.  "I’m so aggravated with Victor and Tammy right now. They’ll follow you until they can find something on their own and then they’ll ditch you." 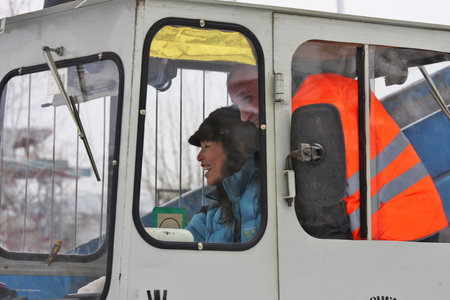 The teams reach their Detour after getting off the train.  They were given a choice of two things that all Russians do on a daily basis... picking up Russian Brides or driving a snow plow.  I'm not sure how you don't choose the Russian Brides, everybody is trying to choose the challenge that is the simplest but only Screenwriter Mike has a good perspective.  He says "I just choose the challenge that seems like the most fun, so that's why we decided to party with virgin brides than snowplows ".  I'm not sure who told Mike that these girls were virgins.

Meanwhile over at the snow plows Deaf Kid got really aggravated with his mom because she wouldn't pay attention to his signals when she was driving the plow.  That kids got some kinda temper.  "My mom was driving crooked and I was telling her to turn and she wasn’t paying attention."

The Flight Attendants picked up Russian Brides and promptly got lost.  Team Basketball and their inability to drive stick didn't put them in a much better spot.  Both Russian Brides looked cold and pissed, which you would probably expect anyway, but having those two teams drive them around just made their situation worse.

Finally we get to the good part of the episode.

You know what was weird, when Phil the host, announces the underwear challenge, they show him in his skivvies.  That dude has some tree trunks for legs, they were enormous, I'm telling freakishly huge!

One team member must run 1.4 miles in their underwears from some huge Library to a Ballet.  My first thought was thank goodness Asian Sensation is running in her underwears instead of her brother. 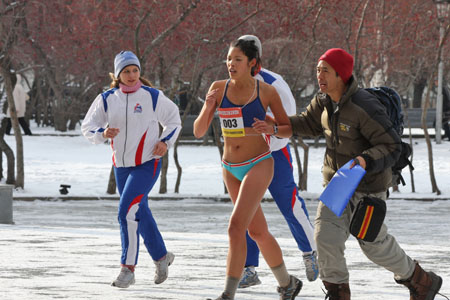 My second thought, thank the goodness that Deaf Kid's mom isn't running.  My third thought, why can't the hotter of the two cheerleaders ever strip down? 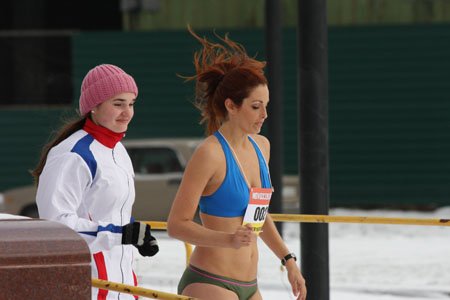 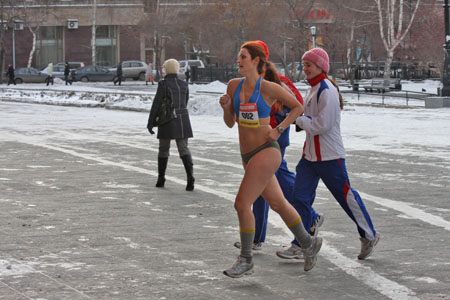 In the back of the pack, Team Basketball  looked better than expected in her underwears.  Team flight attendant was wearing a thong but unfortunately CBS was blurring out her ass-ets during the run.  It was probably for the best though, we weren't ready for that jelly.

Turns out that Team Midget Stuntman can run like the wind blows, but they are so bad at every other part of the game that they aren't really a serious threat.

In the end Team Flight Attendant came in last place but forunately for them, not so much for us, they were spared from elimination.