All seven teams left the cold of Siberia for the squalor of India.  They arrived The Pink City and raced by cab to this lone tree in the middle of the desert.  Underneath the tree were old Indian dudes smoking hookah (just like every other tree in India).  The only difference was that they had red telephones like the ones in the Batman series.

Team Asian Lawyer were the first to arrive and saw that they must call a phone number to learn their next clue.  No problem.  Every team behind them didn't recognize that it was a little bit odd for a red telephone to be sitting beneath a tree in the middle of nowhere.

On their way through the cities the teams witnessed children and animals eating garbage, running around naked and building fires in the streets.  Deaf kid cried for the children, Cheerleader cried for the animals.

Once the teams arrived at the Amber Fort Road Block they had to feed some sacred camels.  The challenge was to carry water and food from a distance to a trough and pole.  Team Asian Lawyer started in the lead and never gave it up.  The challenge seemed to be exhausting. 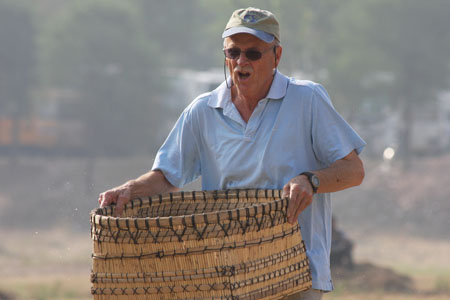 I thought for sure some of the teams would be penalized for using incorrect tools to move the food.  Some used the water bucket to carry the food, some used their shirts and the hot cheerleader said "I used my boobies". 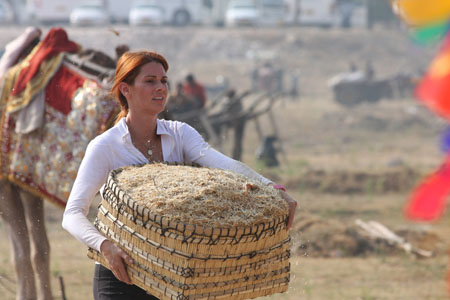 After completing the Road Block, the teams headed to a puppet store in town for their next clue.  This time they were given a choice of dressing in ridiculous Indian costumes, participating in a dance troop and begging for money OR they could ride a bicycle stacked high with 9 containers filled with straw and find small metal elephant in straw. 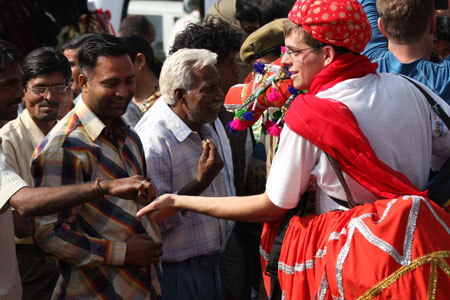 All the teams except Team Midget Stuntman decided to dance.  This actually surprised me because I thought it would be much harder to beg for money from poor people than it would be to find a tiny elephant, but I guess I was wrong.  I would have thought the hardest part would be cycling across town in the traffic and getting lost but if Team Midget Stuntman didn't get lost then it would have been easy for anyone else. 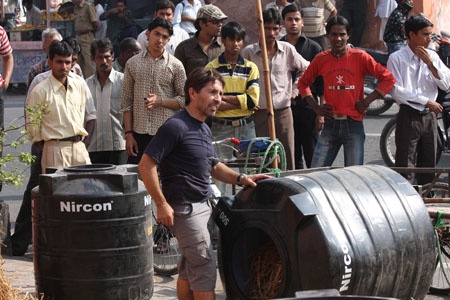 The Flight Attendants had to do a Speed Bump since they were last at the Pit Stop at the end of the last episode.  Hey, it was either that or be eliminated.  Their Speed Bump?  Paint an elephant.  The Amazing Race folks kept trying to force this emotional moment on us with one of the Flight Attendants missing her daughter.  Nobody wants to be taken out of the moment to hear about this kid, let's race for the million bucks! 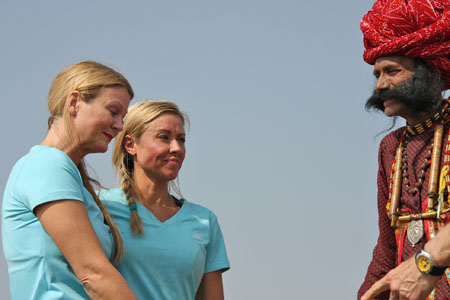 Anyway that was pretty much the episode, Team Asian Lawyers dominated and Team Flight Attendants came in last place and were eliminated.