This month we set yet another traffic milestone, that six months in a row. We almost broke the all-time Uncommon traffic record for one month. Thanks for boosting my epeen, Growing Readership. 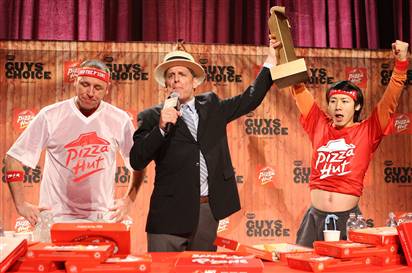 Another clash of the gorging titans ends with Kobayashi crowned king of P'zones.

In the Giro d'Italia, Lance got cut off and crashed. He's pretty much quit talking to the media, too, because he likes Twitter better.

Speaking of that thing, after 21 stages, it's finally coming to an end. You can watch the finale here.

The Stockholm Marathon is going on Sunday. Universal Sports also has that coverage. 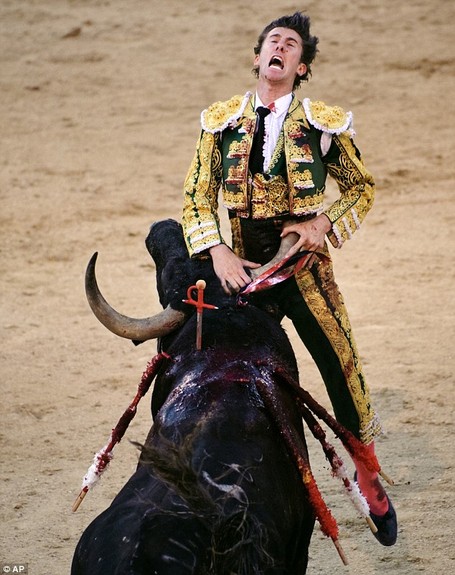 Should've ordered the chicken, via cache.gawker.com

How do you stab the everliving fornication out of a bull and still get gored by it? Here's how. (with video, too)

I can't think of any play on words for the world's third fastest man being Gay.

"It's time to get back to what people recognise as being Scottish - being fair and friendly."

Serena Williams, actress/athlete, doesn't want to be drama. But she faked a coughing fit and called her opponent a cheater, so that's going well.

The other remaining American, Andy Roddick, has made it to the 4th round of the French Open for the first time ever.

Did you know that wearing sunglasses can reduce glare and improve ones ability to spot moving objects? Well, cricket didn't.

And as always, if anyone would like to predict what my career will be, the comments are there for you.