Share All sharing options for: Using Two Hands At The Same Time

E60 did this little video on the Australian two-handed bowler, Jason Belmonte. The video starts with hall of fame bowlers talking about him, they'd heard rumors of a freak two-handed bowler that would one day fulfill the prophecy. He's won tons of awards, including 39 perfect games and Bowler of the Year twice. If he could swim, he'd be an Australian Michael Phelps. Without the bong and beauty queen, of course. Oh, and the gold medals, too. He does have his name on the back of his shirt, though, so he's got that. 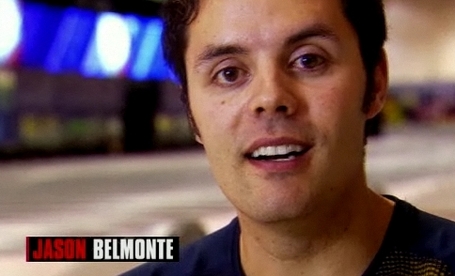 Belmonte shows us the mechanics of his approach, and the video cuts to black and white footage of your grandpa's bowling technique. The instructor in the footage glides so effortlessly. I always just like sliding on my shoes. That's how I can tell I'm doing it right. "Pin count? No, but did you see how far I slid?"

Some science dudes digitally captured Belmonte's motion and found that his approach allows him to spin the ball at up to 557 RPMs, with typical pro bowlers clocking in at 480. More RPM translates to higher ball speed (I KNOW LOL). That's math and physics in your face. Because of this scientific one-two punch, Bolivia created Projecto Dos Manos; converting their entire national team to the two-handed approach, and have enjoyed improved scores as a result. 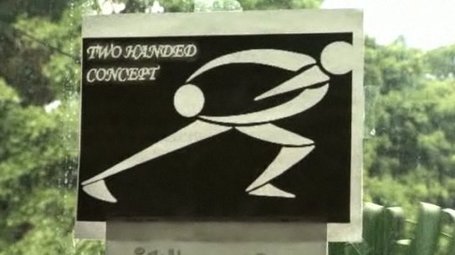 Still, there are detractors. They say it's not a legitimate style and it's bad for the sport. Also that, "his high-torque delivery takes too great a physical toll." My favorite quote was this:


"You have to be in great shape just to bowl, but to do it with two hands and be, you know, contorted like he is, that worried me. That's the reason I didn't pursue it." -Norm Duke, PBA Hall of Famer

There you have it, protip straight from a pro: You're too weak to bowl, especially with two hands.

Videos after the jump