Share All sharing options for: District 9 is pissed at the I.A.A.F.

You may have read about Caster Semenya being asked by the International Association of Athletics Federation (I.A.A.F.) to submit to gender tests after winning gold ? You probably didn't, but that's ok. Anyway, that happened, and now all of South Africa is angry. Naturally so; if they called Michael Phelps a woman, I'd be slightly insulted.

Come away with me, on a most bloggerish journey, through this NYTimes article.

So why is everybody so upset? It's not like this has ever happened before.

Some commentators have found the matter so demeaning that they compare Ms. Semenya’s plight to that of Saartjie Baartman, an African woman taken to Europe in the early 19th century and exhibited like a wild beast under the name Hottentot Venus. Scientists scrutinized her genitals.

Oh, Europe. How could you? That is just awful. And the scientists didn't even compensate? Their time is valuable, I probably couldn't get a scientist to look at my genitals without going to extreme lengths, incidental puns definitely not intended.

So Semenya was kicking so much ass, right before she even won the gold, the I.A.A.F. asked for testing to be done.

Since then, she has become a national hero and her story — the tale of a poor girl from a remote village — a source of inspiration. More than a thousand people greeted her at Johannesburg’s main airport. Many carried placards: "Our Golden Girl" or "Simply the Best." As the crowd waited, they sang songs from the liberation struggle and danced to the beat of a bass drum.

That is one thing we don't do enough of in the States anymore; sing songs from the liberation struggle. Who knows some good Civil War tunes?

Then the story takes a gruesome turn:

The runner did not have much to say, constraining her comments to the race she won: "I took the lead in the 400 meters and I killed them, they couldn’t follow. I celebrated the last 200 because I knew, man."

It was a bloodbath. The track ran red with the fruits of her vicious slaughter, alright. She ran away from them to death. Metaphorical murder.

Jacob Zuma, the country's non-alcoholic leader, had a little more to say:

"It is one thing to seek to ascertain whether or not an athlete has an unfair advantage over others," Mr. Zuma said. "But it is another to publicly humiliate an honest, professional and competent athlete."

I agree. The only reaction you're getting is laughter to something like that. Sorry, politically correct, you finish second here.

Lamine Diack, president of the I.A.A.F. who has one too many a's in his last name, empathized by calling it "regrettable."

And that was the end of the story, right? And nobody brought race into the issue? Because it was getting kinda easy to tip-toe around intrinsic sexism of whole thing without--

But Julius Malema, the leader of the A.N.C. youth league, made a pointed observation about the demographics of the crowd. "Where are the white South Africans to welcome Caster?" he demanded to know.

Oh snap, whitey. Where you at? Probably eating fondue and talking to the police.

The article goes on:

A back story to the controversy has been a guessing game about who complained to the I.A.A.F. about Ms. Semenya. News stories here have blamed unnamed Australians. But Tuesday, Leonard Chuene, the president of Athletics South Africa, claimed that secret evidence showed that the accuser was from South Africa, and Mr. Malema added that it was "a media institution."

It's just like Survivor! Which is coming back in September, by the way. I saw a promo for it the other day, promising that someone is already the most hated castaway ever. I'm so excited. Moving on:

Mr. Chuene, who oversees the nation’s track program, has been the leading voice of defiance against the I.A.A.F., quitting his position on the federation’s board over the issue. "We are not going to allow Europeans to define and describe our children," he said, adding that South Africa will not cooperate in any gender testing by "some stupid university somewhere."

That'll teach those stupid university-types! More from the "proving them right" files:

"Boys used to tease her all the time," said her great-aunt, Martina Mpati. "Sometimes she’d have to beat them up."

That will convince everyone without even humiliating them! Bravo! But really, how did it get to this point?

In secondary school, Ms. Semenya concentrated on running. Her principal told the South African newspaper The Star that at some track meets, the other team would demand proof that someone with such a manly physique was really a girl. "But each time they returned from the toilet, she would be cleared and the competition would resume," he said.

Hey, just what kind of institution are you running anyway? That sounds an awful lot like those amateur gynecology programs you hear so much about! And at what point do you just glue on some googely eyes down there? 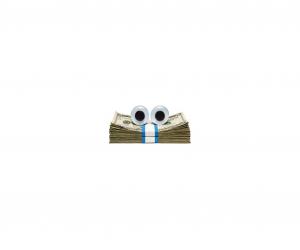