Previously on UNCOMMON SURVIVOR: The actual intro plays up the mom narrative. I don't like it. The double elimination vote forced us to say goodbye to two ladies that were in the running for my favorite: Kelly Leg and Yve. I still don't understand the Kelly Leg vote and it's clear Yve was voted out for being too smart. Go back and look, her head looks like it's about 70% brain. She's the mother of Megamind.

This new Wednesday night is still throwing me off. I used to go to sleep after writing this and wake up on Fridays. It's something I've been grappling with every week. Thursdays are this in-between day now, where I still don't really wake up until Friday morning. Incidentally, jbox has been missing for at least a week. How long do you have to wait to file missing Internet persona reports?

Upon returning after the vote, Chase, NaOnka, and Holly of Espada decide they need to get rid of Alina next and seal it with a fist bump.

La Flor returns to Marty interrogating the group as to what their plan was. They have no sense of discretion and Sash tells him outright. I've watched enough Poker After Dark to know, don't share your cards to anyone, even after the hand is done. Marty's pleased with the size of his balls. He knows Jane voted against him and he wants to set that right. He looks like the head scientist that goes crazy and eats his pet parrot in Bio-Dome.

The next morning, Marty lists a bunch of reasons why Jane shouldn't have voted for him. She plays completely dumb on the subject. He tells her he thinks she voted for him and she just laughs and slaps him on the back, a great deflection. Marty tells Jill what happened. Jill appears to be completely immune to the Survivor Hotness Factor. It's just not happening.

Reward Challenge Time! It's an aquatic soccer-style slamball dunk competition. The quick summary: Marty nails Chase near the nuts; wrong goal. Fabio is a clown. "Purple Kelly" makes her first contribution to the show and can now just be called Kelly. Dan can't even do the challenge. Brenda is almost too skinny. Fabio pees in the pool and everyone else lies about their lives full of peeing in pools. Relax, everyone, urine is sterile. This game is too hard to defend, send it back to the lab. As the challenge ends, I can instantly understand why Kelly's been hidden; she wasn't sure if the verb for obtaining milk was to milk. 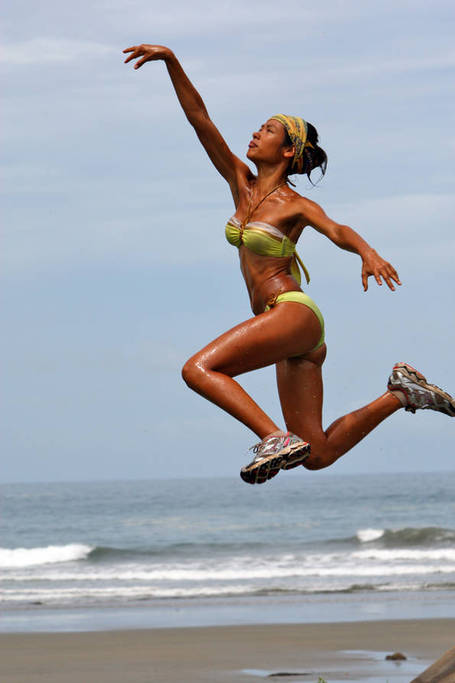 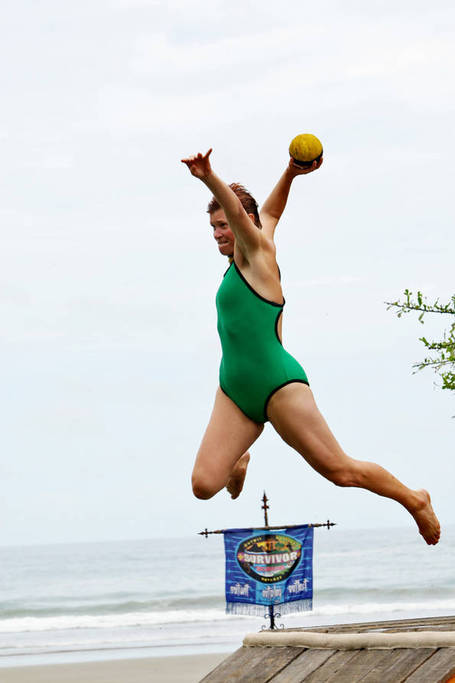 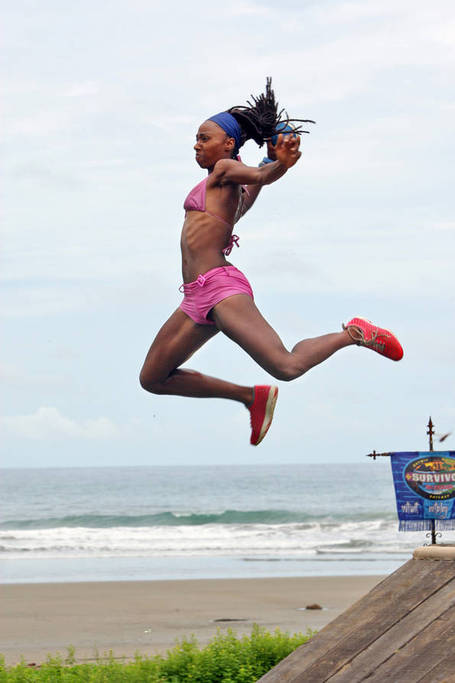 One of those squid machines from The Matrix. via www.cbs.com 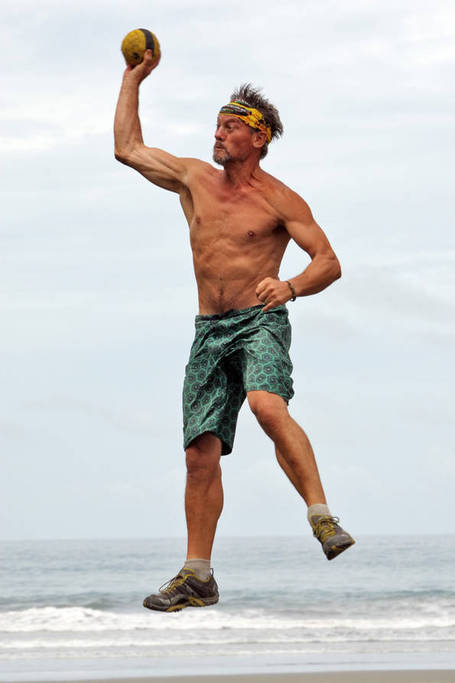 La Flor returns to camp where everyone except Jane takes a nap. She prides herself on her work ethic, while Sash is sitting back enjoying a mani-pedi and whatever food she brings back.

Espada rides on horseback to a farm. Horses make Chase miss his dad. NaOnka touches a cow's nipple and liked it more than she led on.

Jane catches a few fish and decides to take one for herself into the woods to cook it. She builds a small fire and roasts a catfish.

At what I am assuming is the same time, Espada begins to cry while eating their delicious meal. From the look of that giant cheese block and all those beans, I imagine they're going to be crying later, too. NaOnka thinks Alina was faking it to stay in the game. She's probably jealous Alina thought of it first.

Immunity Challenge Time! Skee-ball Battleship! Benry and Alina commend the Espada chute and quickly catch on. Brenda and Kelly lead La Flor, but they're a lot more attractive than they are good at this game. Like, a whole lot. They needed some assistance from a point man, who happened to be Jill, and all she did was shrug, which led to a lot of missed shots for La Flor.

La Flor plans for another split vote to get Marty's idol flushed out but they also entertain the option of just asking Marty for the idol. Sash takes Marty aside tells him his options: use the idol tonight and live but one more week or give up the idol and Sash pinky promises to give it back at some point in the future. Powerless and faced with this no-win situation, Marty hands over the idol.

Tribal Council Time! Jeff feels his way around a bit and extracts from Marty that he thinks Jane's a flipper. It's funny to hear Brenda use words like 'natural' and 'genuine' while Jill and Marty stick to their stance that they've been excluded because they're older. Marty mentions the shifting of the idol and Jeff asks Brenda where it is. She says she doesn't know exactly where it is, but she thinks Sash has it. He comes out and says it; it's in his pocket. Jane was unaware of this. Jeff asks Sash if he'd have any problem handing it over to Brenda. He says that he would if the group decides, but slips, saying that if he loses trust in them, things will change. Jeff plays up the point, even getting Fabio to elaborate on Freudian psychology. Jane finishes the Q & A session by saying that if you give up the idol, it always comes back to haunt you. Then she cackles like the Crypt Keeper.

Voting begins: See Jane vote. Jane votes Marty. Marty votes Jane. Jill also votes Jane. Jeff reads the votes, showing all their votes. He reads off one for Jill, then another. One more Marty vote ties it all at two. The last vote reads Jill's name.  Her torch is extinguished and she heads off for the giant tree to join Peter Pan's Lost Boys. 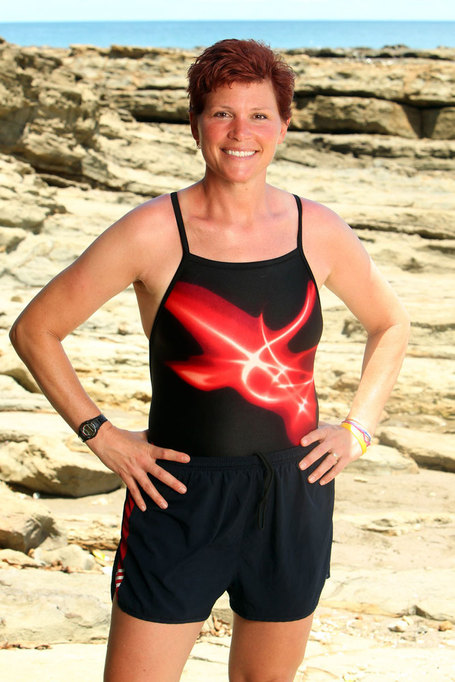 The boy's mother is the doctor. via www.cbs.com

Sing the dirge that dares you to converge, rub your body with flowering spurge, and submerge your urge to splurge, it's the hot-diggity-dergin' Merge!