Last time, we got to say goodbye to Benry, which was really a good thing, because with a name like Benry, you can't possibly be good.

Can you believe the season's almost over? That's the best Christmas gift of all. I'm ready for a new batch.

Upon returning from Benry's elimination, Fabio is freaking out so he runs to Sash for comfort. He's just glad to be here, but he also thinks he's really smart. Someone's been drinking a little too much of their own pool water.

The next morning, tree mail is a smartphone. You know what, Survivor? I don't care if you're phoning this one in, I refuse.

The phone's loaded with videos from back home. You know the drill. Everyone secretes precious moisture from their eyes. Sash's mom was holding her cat in the video. Imagine that. How about Fabio's mom? Right? Moms do always say the perfect things. Go hug your mom.

Reward Challenge Time! You know, the thing about that Sprint Evo 4G, it's got that 4G, which will be deployed in Nicaragua within the next 200 years, so it's good they hyped that up. The reward is taking the phone out on a boat to take pictures, some sandwiches, some oatmeal cookies (gee, thanks. what's next, raisins?), and probably a few family members. Jeff introduces the remaining Survivor's family members. Chase's mom thinks he's ugly all the time. Fabio loves his mama. Go hug your mom. Sash did, now it's your turn. Dan's son comes out, they cry. No, not like that. Well... maybe? Lots of face kissing. So that's how it is in their family. Jane looks like a scarecrow next to her daughter. Jeff tries to move on, but remembers Holly is still standing there. It's something like her 25th anniversary with her husband. How fauxmantic. She must smell like a million bucks.

Finally, the challenge! Family puzzle dunk-n-dash! Nothing entertaining happened during the challenge but we were saved by the grace of the FCC as Jane's fried eggs came flying out. That must have been terrifying for her daughter. "This is your grotesque, moist future! AHHH!!!! Now do this puzzle!" Chase's mom wins it for them with the winning phrase, "Family Comes First," which looks like it's true for Dan's family, especially. Go kiss your dad on the lips. Chase picks Sash and Holly to come along with him. Dan whispers to his kid that Chase is a scumbag. Fabio takes it personally that he wasn't chosen but his mom gives him some good words of encouragement before they have to part. Go hug your mom.

Fabio and Dan bring their butthurt back with them to camp. Jane isn't phased at first until Dan pretends that he's upset on her behalf. These people are obsessed with family members, everyone thinks their bonds to their own was strongest. Weird.

On the boat, the family members look on as Chase crowns himself, Sash, and Holly The Final Three. The whole time, Chase is anxious about what is waiting for him back at camp. Sure enough, Fabio has been laying awake in the dark to ambush Chase about it. It's not long before Fabio calms down. I think he just thought up a few sentences to vent off with and that's all he needed.

Immunity Challenge Time! Get all touchy feely with some symbols and recreate them while blindfolded. This challenge breaks out like so many memory challenges. One person rushes out and back quickly while another spends most of their time studying their reference. This time, Fabio's full-speed strategy won the day. Also common to these types of challenges: someone sucking so hard their nostrils fused closed. Needless to say... that person was Dan.

When they get back to camp, Chase an Fabio rebuild the fire while Dan walks away to die alone like an old, sick dog. Chase immediately tells Fabio that Dan is done and that's who they should vote out. Fabio asks the important questions, "Why not Jane?" Chase says he doesn't know. Fabio presses further, asking if it's because he wants to keep Jane around. Fabio is playing hardball now.

Chase runs off with Sash to talk about this development. Chase really wants to keep Jane, mostly because he's not very bright. Chase wants to get rid of Dan and thinks that's "win-win." Sash tries to level with him, but Chase can't see the forest for the trees. Holly comes over and joins the chat, but she sees Jane is nearby. Jane joins the group and asks if they're voting for Dan. Everyone's petrified. I don't know if it's just because she's standing so close to them or because they feel bad about having to vote her out. As the long stares and downcast glances increase in tensity, Chase sells everyone else out. He's the first to say, "he doesn't want to do it" in the open. She asks again, and Chase admits that they were discussing the possibility. Since it's in the open now, Sash admits the reasoning is because they think she can beat any one of them for the million dollars. She gives him the finger. Or some fingers, who knows. She probably held up a finger she found somewhere. She calls them liars, cheats, backstabbers; only the last part's accurate. They just told her what was going on (the truth), and none of them have violated any rules (non-cheats). Oh, but that knife in your back... that's theirs. Jane is so upset, she bans Chase from returning to North Carolina. When they all get back to the shelter, Jane tells Sash not to even look at her. She's handling this worse than NaOnka would. Just as I come to this realization, she pours two pots full of water onto the fire and announces that since she's made the fire, she's putting it out. That's so NaOnka!

Tribal Council Time! The jury's brought in. Booing of the quitters should be heard, but it wasn't. Benry walks in and doesn't even look at the remaining Survivors. He mad. Before Jeff gets going, Dan interjects, meaning to say what just happened, but he can't even do that right. Jeff makes him start over. Jane brings her same story to the council; liars and backstabbers, blah blah. Then it gets interesting; she starts taking each person to task. First is Holly; she stole $1400 worth of merchandise (Dan's shoes) and should go to jail. NaOnka smiles widely about this, apparently not aware of the irony. Jeff asks her if she's frustrated and she says she's not, she's upset because of the circumstances. Miles of difference, you see. Jane identifies what the plan was between them leading up to the final four and who the conspirators were. Chase admits that they had to change their plan when they decided they couldn't beat her. Jane is the only one who thinks that's a bad thing. Jeff asks what the plan will be next and Chase decides to not decide and ask the others. Nobody answers. Jeff, impatient with their silence, calls on Holly and she and Sash say "yes" at the same time. Jeff asks the three on the outs why they don't have their own alliance, advice from his mother. Go hug your mom. It finally dawned on them to force a vote! Jane decides they're all voting for Holly because the other two have idols and they have to be played tonight or never. Jeff asks Holly if she feels safe now, she doesn't. Chase looks dumbfounded and, when called on, admits he has no idea what's happening. Brenda laughs at his lack of masculinity. Only Sash looks like his mind is actually working.

Voting begins! I've started wondering this recently. Jeff says he's going to tally the votes, but then he brings them back and reads them. That's not tallying; that's retrieving. Jeff asks for any Immunity Idols. Sash and Chase hand theirs in. Jeff gives the proper "votes cast for so-and-so don't count" disclosure and begins to read. First... Jane. Second... Jane. Third... Jane. Fourth... Jane. Best episode of the season? Yes. 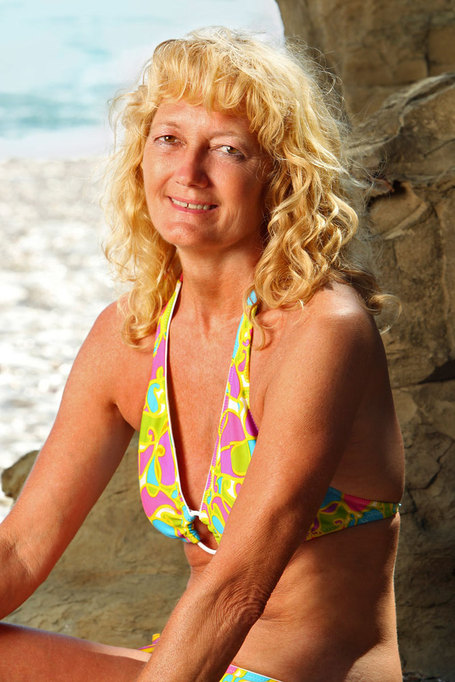 Not Safe For Lunch, via www.cbs.com