The Olympics: Why They're Tape-Delayed

Share All sharing options for: The Olympics: Why They're Tape-Delayed 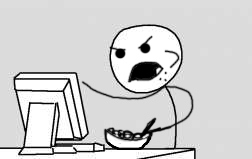 I hear you, Magellan, it's annoying to know the score of the game before the game is over, and you want to watch it live in case there's any wardrobe malfunctions. Unfortunately, it's not as easy as all that.

First of all, a quick note: I'm not picking on anyone in particular, it just seems like this has been mentioned often enough that maybe I can inform a soul or two so they won't be as angry. Here's the thing, the Olympics are not the most popular programming in the world. Most people can't name all the events, I'll go out on a limb to say 9 out of 10 Americans can't name all fifteen winter Olympic events comprised from seven different sports, and if you're an American, that also means 9 out of 10 of you are employed and doing "business" during "business" hours, which means you're most likely home to watch T.V. at prime time. Some of those 9/10 people's business is to sell us things, and they're not going to pay NBC as much to carry the Olympics to show us commercials for those things they're selling if they don't know there's going to be eyeballs there to drink it all in.

Whoops, I said the magic words. Yes, NBC is getting paid to show the Olympics. No, they are not profiting from it, at least they're not planning on it. It turns out they're planning on losing $250 million when showing these games. They're betting against themselves, which is kind of sad.

Secondly, as a west coaster, I couldn't care less about other (read: lesser) time zones, but more than three quarters of the U.S. audience is in Central and Eastern time, and they get all kinds of cranky if you keep them up past their bedtimes. Plus, this way, we get to share the experience, and nobody has to feel left out at the water cooler the next day. I mean, unless you're some total loser who doesn't watch prime time television, am I right?

Thirdly, NBC thinks we like it better this way, and they might be right. Their own research shows they get better ratings when they do this as opposed to making us try to catch events at inconvenient hours, when nobody is home.  They plan on showing some events live, but filling in the other time with pre-produced biographies. The theory is you might care more about the athletes and their sports if you get to know them. It works often enough for me. Show me J.R. Celski's blood gushing from his leg onto the ice by the pint just last September, I'll watch him skate now that he's recovered. Seems fair, right? 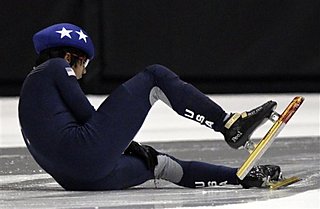 "I accidentally my skate and leg!"

Fourthly, while the instant-update world is very vocal, they're either in the minority, or just complaining while they're watching. Saturday's airing of Apolo Anton Ohno's silver medal race was watched by 26.2 million people, which is more than any of the nights four years ago in Torino. The two-night average (that includes the opening ceremony) of 30 million is the highest for a winter games outside the U.S. since Lillehammer in 1994.

Fifthly, if you're that passionate about these sports and have to watch them live, NBC is offering live streams with over 400 hours for footage on their various Internet presences and Universal Sports. If that's not enough and you have the time to be watching obscure winter sports in the middle of the day (and I don't even do that), you can probably find the time to head up to Canada to watch all the events live on CTV.

So there you have it, not only does NBC lose less money than the maximum amount they possibly can, but you like it better this way; you just didn't know it.

As an aside, I knew that Apolo Ohno had taken the silver hours before it aired. I watched the event anyway, and my brain almost did a back flip inside my skull when the three Koreans were ahead of him. "He won silver!" my brain exclaimed to me... itself... as we sat in awe, watching the events of what could be a parallel universe unfold. Instead, the Koreans crashed out, universes collapsed back into each other, and my brain sent orders to my mouth to utter the words, "holy shit."