We're on the board! U.S. Curling Gets First Wins!

Share All sharing options for: We're on the board! U.S. Curling Gets First Wins!

Both the men's and women's U.S. curling teams finally got a win today! The men benched their skip John Shuster because he's been shooting like... like someone who doesn't know what the hell he's doing, that's what. Replacing Shuster was not Vernon Davis, but alternate Chris Plys. Davis, however, remained supportive of his teammates, standing cheering for them at the appropriate times of the match.

The women secured a victory on skip Debbie McCormick's last rock and overall shooting 82 percent for the match, five percentage points above the U.S. average. That's getting it done when the chips are down. The U.S. Curling Team stands collectively at 2-7 after four days of competition in the round robin tournament. Tomorrow the women take on Great Britain and the men face Sweden. Photos and links after the jump. 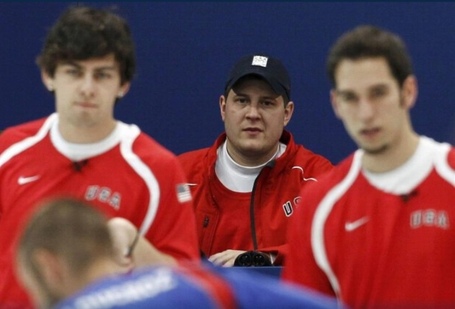 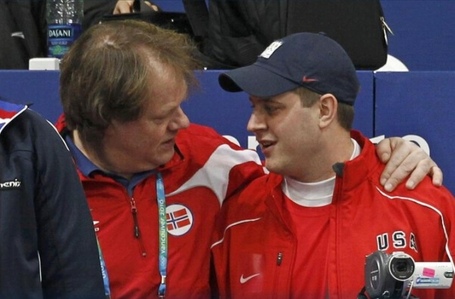 Shuster getting condolences or sabotage orders from the Norwegians.