Alpha Kappa Alpha should just give themselves the platinum medal

Share All sharing options for: Alpha Kappa Alpha should just give themselves the platinum medal

In the interest of fairness, here's a video of the co-winning step performance from Alpha Kappa Alpha:

Make no mistake! These ladies did their fair share of lighting it the f__k up, but the real question is, did they light it as much the f__k up as Zeta Tau Alpha lit their f__k lights up? And did they do it in an original manner? Part of ZTA's controversy is that they just imitated a bunch of step routines that previous black sororities had performed and hired a choreographer to teach them their moves. While this is not against the rules of the competition, the 2000 film Bring It On taught us two lessons:

1. If you're a white dance crew, biting dance routines from a black dance crew is the quickest way to success, but also leaves you open for getting clowned.

2. Hiring a choreographer only leads to jazz hands.

So after seeing both, is AKA's routine better than ZTA's?

I contend, maybe so. Because nothing says "LIGHT IT THE F__K UP" like Janet Jackson's Rhythm Nation.

You know what I would do though if I was AKA? I'd take the high road and just Plushenko myself the platinum medal. Then everybody's happy. 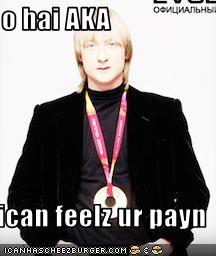