For The Uncompromising Uncommon Sports Fan 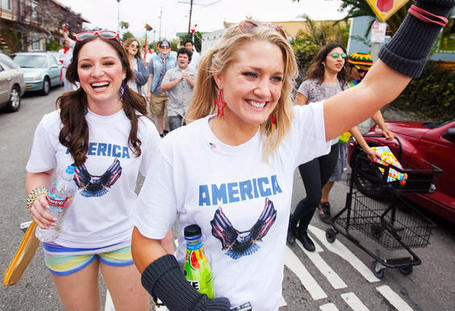 For the uninitiated, the Urban Iditarod is an event where young people dress up in costumes (equivalent of 'dogs') and push shopping carts (the 'sled') full of beer and other sundries through a city, causing a ruckus and having fun. It's pretty big in Portland and is similar to San Fran's Bay to Breakers. I've been going to the LA version for the past few years and was lucky (?) enough to survive another experience earlier this month.

The day begins at a predetermined meeting point in Marina del Rey. It's barely noon and dozens of chuggers have showed up in borderline tasteless clothing. 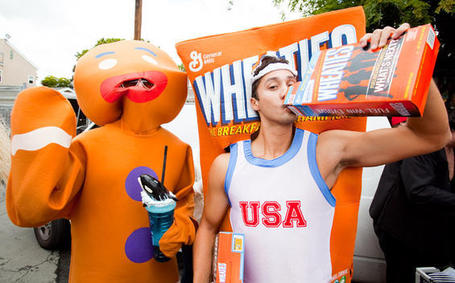 My costume was not nearly as creative. I always knew Gingy was a lush. Within 30 minutes, wine bladders have been slapped and beers been shotgunned. The meeting spot is packed and it's time to begin the march. 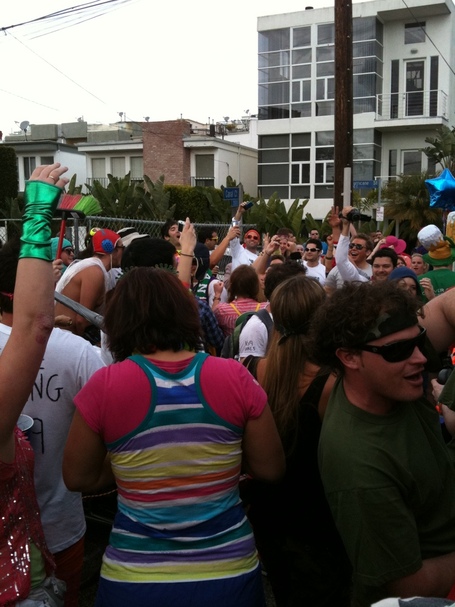 With cheap alcohol running through everyone's veins and amid loud cries of "MUSH! MUSH! MUSH!", the 'race' is on. 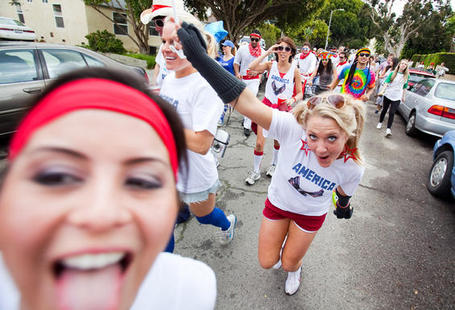 The first stop is a bar a short run away. The management is not happy with our presence and tries to get rid of the crowd by employing a megaphone and blathering some nonsense about "private property." What a jerk. Some helpful Iditaroders inform him that the only way to get the group to disperse is to begin a countdown chant. Sure enough, after some people start yelling "THREE...TWO...ONE....MUSH!!!!!!!" we're off and running through the Venice canals to our next destination.

Ever wanted to know what a giant crowd of random costumed drunk 20-somethings looks like from the balcony of an apartment complex next to the Venice Boardwalk? Here it is! 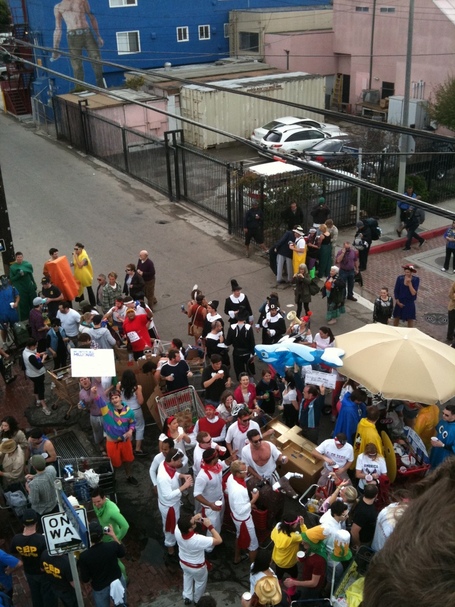 From this vantage, we have: some Pamplona bull-runners, Greenman from It's Always Sunny, pilgrims, Pacman and ghosts, cross-dressers, and God knows what with that gold crucifix.

The drinking and general debauchery continues at this stop and at the next, a grass patch across from a bar on the Boardwalk. 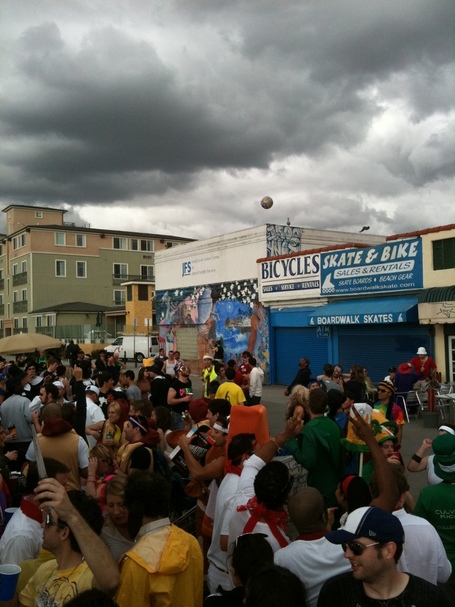 The bad decisions start to mount at this point. A young lass, dressed as Snooki from Jersey Shore, thinks it'd be advisable to imbibe a mystery drink from a turkey baster. 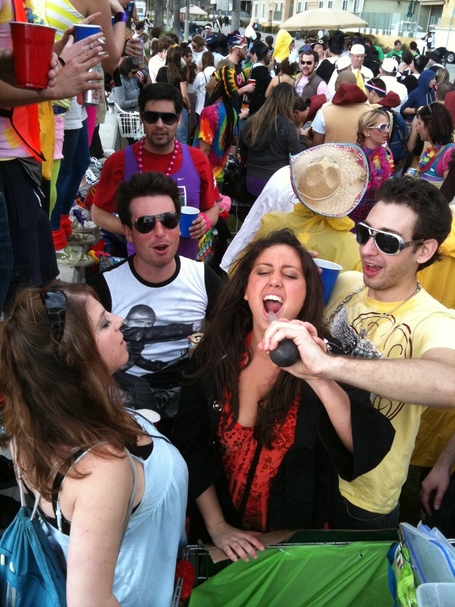 This mingling is short-lived, though. Somebody called the cops and it's time to bounce. 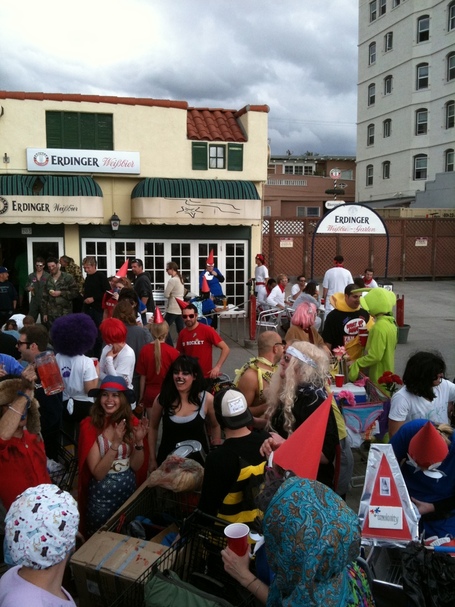 Which is a real shame because this dude showed up with a parrot. 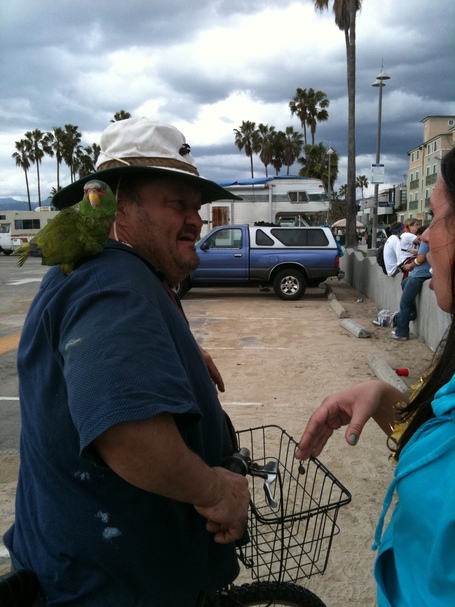 The last stop is at a dog park. This stop would be a quick one. Remember Snooki from before? Well, she ended up not having a very good day after taking that turkey baster shot. 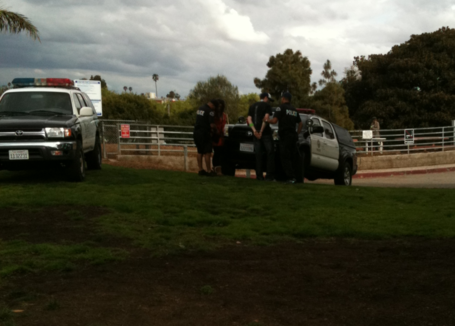 Once we all saw the handcuffs, nobody was in the mood to join Snooki in the clink so we took off. A good time was had by all, in any case. And I do recommend checking out the event if your city has one. Just don't drink out of a turkey baster and everything should be fine.