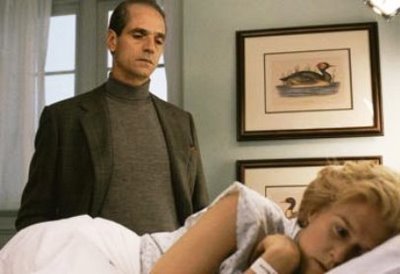 So, Jbox asked me to step in and write this recap because he is so underwhelmed with this season's contestants. I can't say that I disagree, so you might want to go somewhere else if you're not into the whole brevity thing (copyright The Dude 1998). More after the jump...

I never watch any show live if I can help it because DVR's are awesome and let you skip past commercials and boring parts.  Normally I have to make adjustments for Amazing Race because of sports, but last night there were no conflicts....however, when I went to watch the episode, even though I recorded the full hour and it appeared to start on time, the show was already 15-20 minutes in progress.  I picked up right where the cowboys were searching for a cab.

Most seasons, this would make me mad because I missed important details.  But in this season, I actually thought, "Cool,  I'll be able to watch this in half the time and maybe watch some more baseball or Breaking Bad".  The only thing I cared about was what happened to MLB Coach and Daughter's clothes....but I stopped caring after I caught a clip of them fully clothed carrying a backpack (Jbox tells me the cops lent them some things).

Anyway, enough of my viewing habits..back to the show.

The Cowboys sweated (profusely) through all of their challenges, running as hard as they could in thick denim and cowboy hats.  Carrying the giant flags across a field like they were old pros, finding the right tea by scent even though sinuses were a problem (and delivering it to The Great Tiger for their clue), then finishing up by smashing coconuts and playing arts and crafts to satisfy a fat dude floating in the ocean.

Somehow these cowboys finished all THREE tasks before most of the teams finished one. It was an incredible display, one that really made you wish AR showed the clock, "24" style so you could see just how far/close the other teams were.

Many of the others got screwed by cabbies.  It's amazing to me how many cab drivers lie about the fact that they know where they're going.  Do they freak in front of the cameras or do they just want to take the stupid American's money at all cost?  Either way, the models got taken to the wrong destination and lost two places.  The gay brothers (I don't care what they say, neither of those dudes are straight...and what is with the long sleeves in that "badass hot" weather?) were nearly eliminated because of poor choices by the cabbie.

Ultimately it was MLB Coach and his Daughter that got the boot after finishing first last week (hence the clever title of this post).  Their cabbie totally screwed them by telling them it was faster to run to the first temple, then deciding to go to the flag challenge after they got tired of running to the wrong destination, etc...blah blah blah..they got lost a ton and got way behind.  AR producers tried to make it look closer than it was with Team Gay Brothers deciding not to read their final clue, but it was a major loss.

Dad and daughter both cried. Dad said the experience was better than winning a World Series.  Models still upset the Lesbians are still in it.  Jbox and I are just wishing we could skip ahead to the Cowboys taking this thing so we can get back to focusing on Survivor.