Previously on UNCOMMON SURVIVOR: They rushed us through two votes where Ozzy returned to loser prison (that's what I'm calling it now. And I mean now, I'll forget this later) and Jim joined him. They all bunked up with Keith, so it's getting crowded out there.

This post is brought to you by burritos: nature's most perfect portable food.

Ozzy and Jim reunite at loser prison. That's gotta be an ego check for the both of them.

Ah, centipede! Coach stops everyone for a quick pep talk after the vote. Since it's the dead of night, he can't see anyone yawning or rolling their eyes. It's just as well, 'cause I think he was very moved by his speech.

Oh. My. Fluffing. Gob. Cochran and Coach are yogaing together. Cochran states that he's merely trying to get in close with the guy running the show, but this is how he became a double agent, too. First he pretends to be doing what he's doing, then he does whatever it was he was pretending. Give it two days, Cochran will be tattooed by natives and tell tall tales of adventures (in World of Warcraft).

Elimination Time! Keith, Ozzy, and Jim gather for a sensual game of endurance pole. Is sensual the right word? Probably not. Whatever. The challenge gets under way and Jeff asks if anyone is rooting for the competitors. Jim? Brandon. Keith? Whitney (we know why.) Ozzy? Nobody but the wind! Jim fails and swears, Brandon's hero becomes the first member of the jury. OH YEAH, THE JURY IS STARTING. Keith later joins because he's just not as cool as Ozzy. He could be Ozzy in another season, but not this one. Whitney cried when he walked away. Jeez, lady, you can always get another, fifteen days left: you've got time!

Ozzy returns to his island home and resumes pillaging the reef near his camp. What is he grilling on? Is that bamboo? It's gotta be wet bamboo, right? I bet he'd kill for some salt and pepper.

Cochran and Dawn set up for yet another big move in the game. He doesn't seem to have any trouble getting along with the older chicks. Wait 'til he finds out what a cougar is.

Immunity challenge! Rice Bowl Heads a la Seesaw! Now, they weren't given rice to eat as a staple this time, yet here is rice. And they're spilling it. All over. Birds could totally eat it and explode. Such waste! Everyone's bad at this challenge except for Dawn and Sophie. I think it was all in the legs. Speaking of which, Sophie wins the challenge while revealing a lot of thigh. I only mention it now because it's been 25 days and she's only now starting to look like a normal emaciated actress. Hooray, sick society!

Dawn and Whitney are on the outs now, with Dawn thinking she's going home. Even my thick skull can detect the telegraph that things will change by the time they vote. The two women choose Albert to head their new clique, but they're both talking at the same time and it's really annoying. I would have just told them both "no" to whatever they were saying, anything to stop their mouth noises. The plan so far is to have the three, plus Cochran and one more, to take out Edna. While Albert dominates Cochran on the checkerboard, he pitches the new plan, asking Cochran if anyone is behind him first. Good thing, too, because Coach is trying to walk around all nonchalant, but his nonchalant face is just moving his eyes around in large crazy circles as fast as he can so it looks like he's not looking at anything in particular. The result is a different kind of frightening, one part "call the medic", one part "RUN!"

Albert's case is convincing all around. Cochran can sit around to be voted out seventh, or change things now. For Sophie, it's Sophie's choice: Coach and Edna or Albert and Cochran; not as difficult as everyone makes it out to be. Coach smells something, or maybe he caught it during his wild glances, but he vows to Godfather anyone who goes against The Family.

Tribal Council Time! It goes on fairly straight-forward, then Cochran said he's in a position as a late comer and I paused to giggle. Hey, there's Rick. Rick looks like he could be Nick Offerman's brother. I would be pleased if he were just five percent as cool as Nick Offerman. Coach is terrified of being called the leader. He is Schrodinger's Leader: could be the leader, might not be. He is both, and neither, and it all depends on if you think leaders are good or bad, I guess. Everything ends with Coach saying he'll use your secrets against you some time soon. Sleep tight thinking of that, children.

No big move. Cochran fed us a load of crap. *mumbling* want my money back. 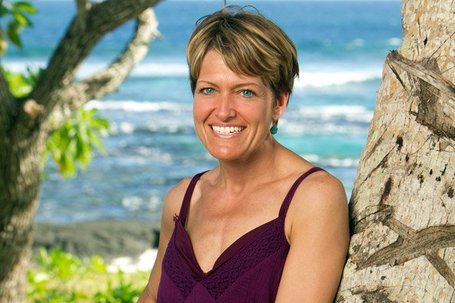 This smile says, "The marks on this tree were my other victims." via www.cbs.com

HOLD THE PHONE! WHAT IS THIS? 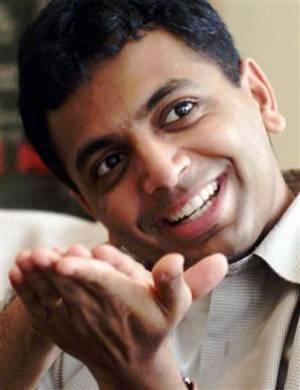 (it means there has been a plot twist, ya dummo) via i.imgur.com

ANOTHER CHALLENGE AND VOTE?!

Get back over here. Hey, how are ya? Yes, you heard that (and later re-read it) correctly! Here we go again! But they're all just sitting there. Is the challenge to find out if that which hath smelt it, dealt it? Oh, no, Jeff's got cards. I guess that'll be better for TV. These are survival-related questions, so I expect Coach to fail miserably. I was wrong, but Albert, Edna, and Rick were with me. Cochran and Brandon drop out next, I mean what are they teaching at that Harvard, anyway? Coach loses the next one on something made up. He always comes through for me. The last question is about giant clams and I'm sure there's a lesbian joke served up right on a platter, but I'm gonna let it sit. No, better yet, I'm gonna send it back. The chef's going to spit it in now, but whatever. 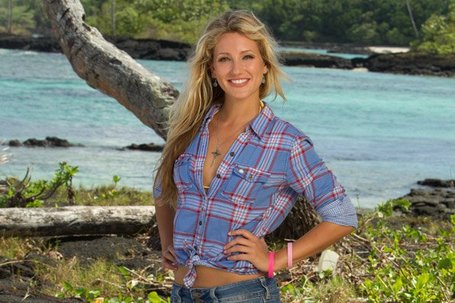 That little knot in the bottom of her shirt pisses me off. via www.cbs.com

Next time: It's Brandon's turn and Coach proclaims himself man-god.