Uncommon Survivor 23 - Week 14: And Then There Were Cinq

Share All sharing options for: Uncommon Survivor 23 - Week 14: And Then There Were Cinq

Previously on UNCOMMON SURVIVOR: A bunch of scheming for nothing led us to believe Edna might survive another three days, but it was all a ruse. Now there are only five, time for the hand to start biting the hand that feeds it; itself!

We are nearing the end here. This is the last Thursday of the year you'll be reading this. Maybe you'll come back and read sporadically, and it won't be on a Thursday, but I must warn you; the tumbleweeds are ravenous when I stop spraying them with herbicides in the off-season.

Coach feels the cloud has been lifted and Brandon leads another prayer. I think the cloud was the Cloud of Friendship.

Albert's concern is growing for how sneakily awesome Sophie has become. Out of the remaining Survivors, Albert thinks his best shot is to bring Rick and Coach. I would never bring Coach, and I'd have to include Brandon. 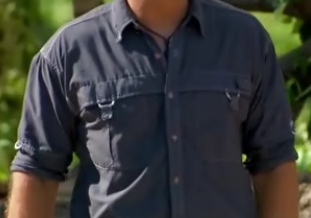 Starting to recognize a theme here.

Maybe I'm too messed up to understand this, but I don't understand this. What is happening? I'm not going back to watch. No looking back. Edna starts thinking outside the box, but Ozzy figures out the pattern. He's pretty much the Tebow of Survivor, right? F*ck... I mentioned Tebow. I'm sorry, everyone.

Okay, it's already a known fact that Brandon is awful at critical thinking and strategy, yet Albert wastes like ten minutes of his life explaining how Sophie needs to go. All you gotta do, bro, is tell him Bros Before Hoes; it's practically in the Bible.

At the tame time, Sophie's planning to get rid of Brandon. Albert brings his plan to Coach, and Coach is left with damage control duty. During this, Brandon walks up, and both Coach and Albert continue talking. This is funny because you can say exactly what you were planning to him, he's not going to understand. Every other time, with other people, it's been an awkward moment. Not here, not with Brandon. Coach even throws in a "Don't be like Russell" for good measure. This hurts Brandon's feelings, so Coach has to apologize, but he's not really sorry. He hates all Hantzes. 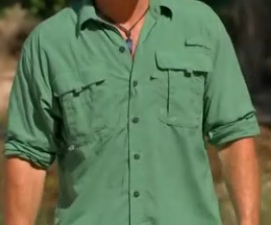 To what do my wondering eyes should appear? A GREEN shirt? How weird!

I got up and ate a handful of chocolate truffles instead of watching how this was explained, so you get to tell me how it went. Jeff said PIZZA really loud, so I think that's the reward. I wonder what goes in to getting a pizza made out there. I mean, there can't be very many high temperature ovens out there. Well crap, there goes the Get Rid of Brandon plan. For some reason, Brandon calls it Strategy, he selects Rick to share his spoils with.

The pizza arrives on the back of a jet ski, which would be cool if I were a marine mammal; but I'm not, so I'm worried about the quality. Also, it's not looking that great coming out of the box. Sophie wants to go smell the pizza as her excuse to go spread her Anti-Albert Virus. She easily spreads it to Rick, who retells the tale of Albert telling him they were the final two. It's really revealing how Nigerian spammers stay in business, because as soon as he hears it, Brandon decides he now can't trust Albert either. I mean, the facts are what they are, but he doesn't even doubt it for a second. This sends Brandon to Albert, who compare notes, then bring the whole thing back over in the open with Rick and Sophie. Kablooey, we've got a shouting match. Nobody even notices Sophie's side-boob just hanging out, taking it all in. The cliches are flying fast and meaningless. Albert is under attack from all sides. His only hope is to rally Brandon the Gullible with a persistent barrage of difficult, nice-sounding words. Eventually, Brandon relents, deciding not to vote out Albert. He takes this news to Coach, even saying he'll give Albert the Immunity Necklace. Suddenly Get Rid of Brandon is back on the table! Coach buys some time to decide by asking Brandon for some prayer time. Dear Lord, please help me make the smartest decision to win a million dollars. 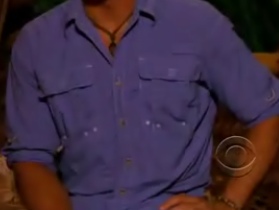 Is this a lavender or blue again?

As soon as everyone's seated, Brandon gives the Immunity Necklace to Albert. Everyone's shocked... I guess. Jeff asks Brandon if he made an alliance with Albert, with the necklace being the token of promise. Brandon says that's what happened, but it actually wasn't, as the seldom helpful Coach lets Jeff know the real story. Brandon fills us in with the backstory about his gang-related past, then it transitions into how they all bonded over being Christians. Also revealed is that Coach has the hidden idol and Albert isn't giving the necklace back to Brandon. Pretty great. 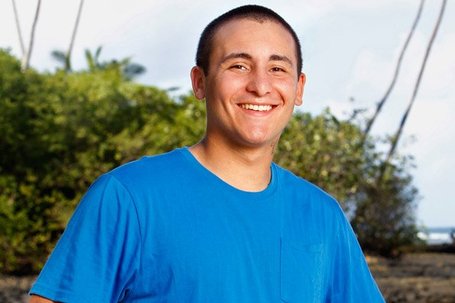 You don't hear the story about Brandon and the lion's den because he was eaten alive, so it was never written down. via www.cbs.com

Next time! Hold on to your whacker of tally, Sally... it's the Season Finale!