Last time on UNCOMMON SURVIVOR: That ol' God is up to his tricks again. This time He cooked himself up a knee-slapper when He sent Matt back to Redemption Island. He's got to be bored, right? I mean, if God really wanted Matt to win, he would have made his parents name him Boston Rob. He would also make him pay respect the volcano gods with idol clues like the real Boston Rob did. That's how you do it, guys: cross-pantheon appeasement.

Matt's so happy to have received his cosmic kick in the teeth from God that he seamlessly transitions from telling us how naive he is to thanking God for his... whatever He did. Votes? I don't know, but thanks anyway, God. You know how to bring the lulz.

Everybody has a strategy boner for Boston Rob, me included.

I'm glad that it's not just us, the viewers at home, that can't understand Ralph. Dude needs some surgery or something. No, really, is he having an allergic reaction? Like, all the time?

This is a good snapshot showing where each of the tribes have come so far. Zapatera is rudderless; Julie is waiting for someone to show some compassion, Ralph is completely stumped as to how to play the game from here. Ometepe, on the other hand, Rob has trained for their roles and they're not allowed to talk to them.

Natalie is totes in love with Rob. Selling out her own friend Ashley just to get the chance to be close to Rob at the reunion so you can murder his wife Amber and become his new wife? That's sick, Natalie. You're sick.

Immunity Challenge Time! Well, it finally happened: Phillip told a lie. Sorry everyone, I know they played the creepy music when he said that and a chill ran up your spine, but feathers don't appear out of thin air. It's a rule. The challenge is called Doggy-style Typhoid Fever Transfer because you contract Typhpoid Fever after digging up a stick to win. I would ask for different water if I were David, his was yellow. Rob looks super sad to not be doing that puzzle.

I don't know what to make of Rob's idol paranoia. The whole mad dash back to the beach to dig with shovels where Mike and Dave were... it was like a pride of lions taking a carcass from a pack of hyenas. All I know for sure is that it was weird and adding a British guy with a pleasant voice would have made me a little more comfortable watching it.

Tribal Council Time! And I thought that was weird.... Phillip has a mental pillow fight with Ralph among the other taunts he tossed at the former Zapatera members. Also, there is Survivor Lore now, and feathers only appear to those who speak at the correct time. 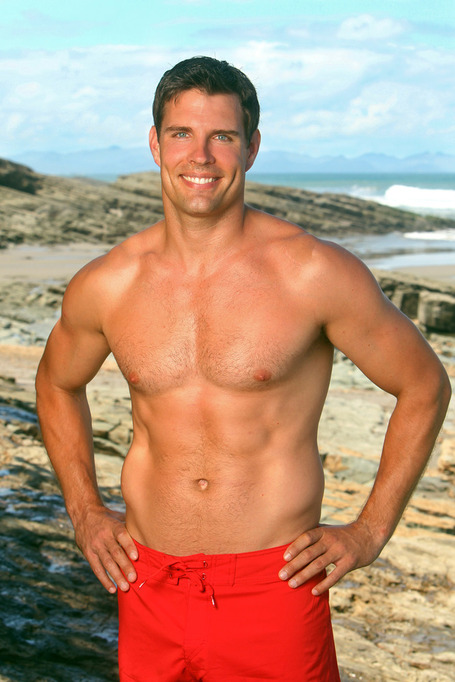 I'll forget this man in 24 hours. via www.cbs.com

Phillip is exactly like a puppy seeking approval from his master, but he's become aware of what his actual role in the game is. Dave and Ralph are probably the last two people you should send on a diplomatic mission. Where are the others? These two are literally begging to be allowed to play the game. This is the game, you fools! You're playing it! The scoreboard says you're losing, too!

Another Challenge Time! Eat a cheeseburger or hang upside down by your legs. Phillip earned a cheeseburger if you ask me, Steve did not. The challenge begins and BOSTON HAT DOWN! It's the source of his power! 45 minutes in... it's only Dave against the girls. They look all look like beets. The girls decide to let Andrea take the immunity. There's your compassion, Julie.

Look, I'm not eating some fish that's been sitting dead on the beach. I wouldn't let any of you, either. Grant, on the other hand, he's doubting the wisdom of Dear Leader. Those cowardly Zapatera, slandering Dear Leader as he makes them starve. They will eat dirt for him! They will cry tears of happiness for Dear Leader as they ingest his blessed earth. You know what's really funny, though? Zapatera pretends to be so appalled and disgusted by the solidarity most of Omatepe shows, but they just jelly.

Stealth R Us: It's not just a store, it's a team of nicknames. Oh hey, none of that information was classified, apparently. Rob sure doesn't like being identified as the leader, either. He looked like he legitimately wanted to kill Julie for calling it a cult. You know, if there were more cults that gave you a million dollars for almost killing yourself, cults would be pretty awesome. We could start our own.

Voting Time! Dave wrote Rob's name four times. How cute. He's rewarding with a trip to Redemption Island. At least he mentioned that it might be a better strategy than sticking around the camp. 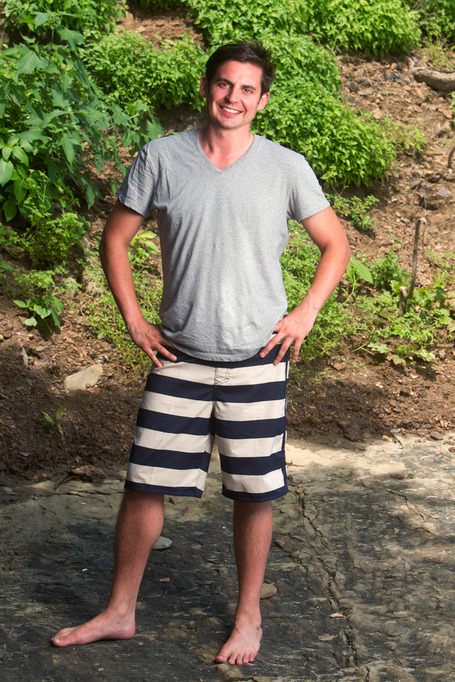 Next time: Phillip plays the race card and goes all in. Sorry, that was terrible. Poker After Dark just came on, blame them.