Previously on UNCOMMON SURVIVOR: Well, we've arrived. The best possible outcome of Redemption Island has come to fruition: the guy who was sent there in the beginning comes back seeking none of than his good friend Redemption. Full disclosure: I don't actually know he's coming back yet, but it's Sarita. Come on.

We have made it past the halfway point. I'm not sure what that means. It could mean this is where we all take stock and assess how this season has been so far. It could mean we compare it to previous seasons. It could mean we rent out the conference room at the Mission Valley Comfort Suites and have serious hypothetical discussions over who would win in a fight; Phillip or Coach. Breakfast included.

Steve: "Sarita took it like a champ. We sure blind-sided her." That doesn't sound rapey or anything.

Again with the sneaking up on Matt in the dark. While he's sleeping, no less. Sarita is so rude. Then she gives him all that information. Great.

Tree mail says they're going to be dropping buffs into a fire, one person says, "Merge," and someone else replies with "Maybe." I think it was Phillip. F_ck.

Mike can't wait to gingerly touch tips with Boston Rob, toe-to-toe. I think he has an unhealthy obsession.

Matt cut his foot before the challenge and it's the exactly the kind of challenge he was afraid of. Nobody has a flare for the dramatic like Jesus. And speaking of pretty cool dudes, how brilliant is Jeff coaxing that Bushido speech from Phillip while the clock is running? I'm not certain of this, but I think he talked for ten minutes straight. It's alright, though, only about eight of them were agonizing. Zapatera kept telling Sarita, "zen, zen!" which I think to them means "have smaller feet" and "be lighter." Either way, Matt prevails and the Merge is greeted with cheers. Redemption Island is also not done. I hope Matt gets sent back immediately. It's only fitting.

Murlonio. Rob, don't expect me to buy that it's Amber's pile of stuffed animals and that there's a named the leader. The fact that you know there's a leader says it all. Of course, if he is to be believed, that would explain why he's always trying to get away from her on these shows.

This is where I think Redemption Island shines. Throwing someone back in at the Merge, especially one who is already allied with Andrea the creature from Splice, can directly accelerate the game. Matt seems to have learned to play more aggressively with his second chance. The Island worked out this time anyway.

The theory that you can tell the alliances by where people sleep holds true with the tarp.

Matt and Andrea's nighttime reunion is touching. "This game respects big moves." It sure does, Matt, like the one that sent you away, not the one that is three votes from now.

Rob is going to be my hero if he shuts down the Christian Coalition. I would have begged Phillip for a samurai story just then.

Immunity Challenge Time! Jeez, look at the new immunity idol. I bet they went to Jared. This challenge is called Drive-in Waitress on Hard Boiled Egg Night. This challenge is also ripe for out-of-context quotes. Balls, hanging, grab, disk, Ralph; all good words. But the best quote? "It's like those balls are glued to his disk." Yep, I'm 13. There could not have been a better symbol of temptation than the fly on Mike's ball. I mean, the Superdevil would have been better I guess, but a fly is fine, too.

Matt decides the best way to honor his god is to betray his newfound friends from Zapatera. Amazing. Even better, he's not going to play any more. He's hopping in the backseat and letting his co-pilot take the driver's seat. Splice Girl maaaaaad. Consequently, Rob puts the hit order in. Matt is adorably gullible, too. Mike just passes him a note with a vague promise and Matt is acting like he's won Publishers Clearing House. I take it back, he's learned nothing from Redemption Island.

Tribal Council Time! I'm even happier Zapatera's whining about not getting to sleep under a tarp because they threw the challenge for it. Phillip and Daniel are going to have words sooner or later. Ralph plays his immunity idol and Rob laughs. I laughed with Boston Rob, everyone. Feels bad man.

Voting time! Grant x 5. Steve. Matt x 6. Flawless. Only Daniel recognizes the genius of the move while the rest of Zapatera feels sorry for Matt. I wonder how far that's going to get them. 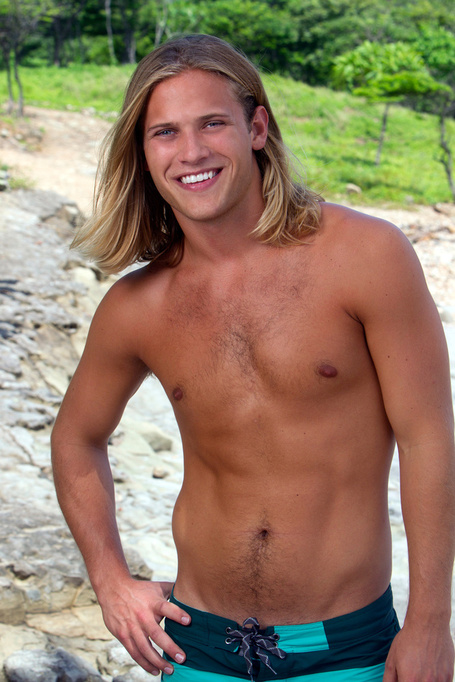 Now I get to play with my magic nose goblins.

Next time: Grant might flip and Phillip violates the laws of nature.