Share All sharing options for: Uncommon Survivor 23 - Week 2: Of Dragons and Demons

Last time on UNCOMMON SURVIVOR: Bran (worst kind of muffin, by the way) is going to murder the first pretty girl that sees his tattoo. Semhar was voted out because she lost a freestyle battle to a nerd. 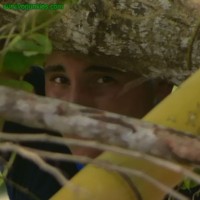 I forgot to post the ratings for last week. I still don't know what they were. Let's all agree that it was the most popular episode ever. Jeff is doing this thing where I guess he posts videos to tout.com now. It's weird. He's weird. And what's with that name? Tout dot com? More like trout dot com, isn't it? Either way, something's fishy.

Semhar's punishment, along with being isolated, is to read the Ten Commandments of Redemption in the dark. So bad for your eyes. For some reason she starts rhyming about a man she hates. It's probably Jeff.

Cochran insists on a sleeveless tee for his interview. His bare arms really bring out the white in his eyes. While Cochran sleeps, Ozzy and Keith the Water Treatment Tech whisper strategies over the fire.

Coach wakes up scrambling to make Edna his friend after he finds out she wasn't one of the faces in the dark from the alliance formation the night before. She was the only one to help him, and what does he do? Runs off to the alliance make-out closet! Only to come crawling back the morning after!

New Cochran tells us about how his mother never lets him play with sharp things, warning him to never use the machete unsupervised. She failed to mention anything about the sharp points of his popped collar.

Ozzy walks off saying he's going to do a "float down." That's pooping in the river, right? Instead he searches the shore for an Immunity Idol and finds it under a rock in a tree. Good hiding spot, everyone.

Coach and Bran smile and laugh nervously about snuggling the night before, then go for a walk together. The whole time they're walking, Coach's penis is visible through his boxer briefs. Taking this as a sign, Bran slowly lifts his shirt to reveal his li'l Hantz [tattoo]. Coach can't hide the weird boner he's stricken with and turns away, but Bran swears to him that he has nothing to fear. They lock eyes, smile, and pray together.

Jim, Ozzy, and Keith take the broat out for a broating trip. Jim lays out his plan to Keith, and to us, and it's pretty elaborate. It's called the 3+2 Plan and there's an architect and everything. Guess who it is.

Mikayla plays in the LFL. Remember that? It's still a thing. Isn't it fun to watch Bran project his fears, repression, and hatred on her? It's going to be such a brutal murder, though. They really need to have some hot chicks on flash cards as part of the pre-show psychological exam. If the subject becomes aroused and tries to choke you, you do not let him on the show. I mean, how does this get through?

Old Christine the loner eventually stumbles upon the tree with the hidden clue in it. She doesn't know what to do, but the first thing she does is shove it in her pants. That way nobody will find it.

Coach's team is eating some kind of fruit. What is it? Whatever name he says doesn't sound like it's a thing. It also doesn't look very good because starving people aren't eating it. The challenge is a combination of a game I imagine British schoolchildren used to play, twirling and ribbons, and a game that British orphans used to do called "work." Red Team is so bad at the schoolchildren part, but really good at the crate-loading part.

After returning home as losers, the men of Blue Team decide it's never too soon do to an idol-flushing split vote. Bran takes him aside to explain to him his concerns about Mikayla, but Coach doesn't buy it. He thinks Bran has demons. COACH, YA MAY BE ON TO SOMETHING, BUDDY! Next, everyone except the people being discussed for elimination decides to form a giant conspicuous circle. Christine honestly wondered what they could possibly be talking about. Mikayla and Stacey come over, Coach asks for privacy, then walks away quickly. He's played this game twice before, people. Everyone's confused, except Coach... until Bran lies to him to get him to vote his way. It didn't even take him a day to break his word and anger God.

Fire, life, yadda-yadda. The Bran's Lie Roller-coaster was THE BEST RIDE EVER! Hang it up, every other tribal council. That lie was barely covered, then buried, then almost uncovered, then reburied, then almost uncovered again, only to be buried one last time... before it was unearthed by an Ed Poe Industries Backhoe. Shoot a cannon full of Emmy's at Mark Burnett for it. 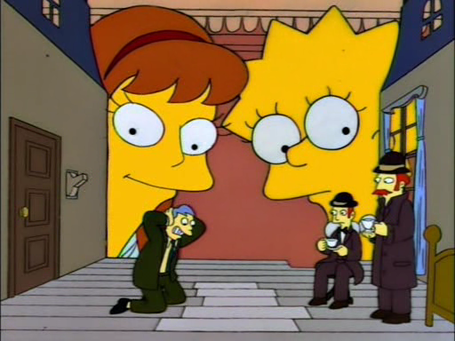 (you're Lisa, I'm Allison, and Bran is the man holding his head) via deadhomersociety.files.wordpress.com

She gonna be mad. 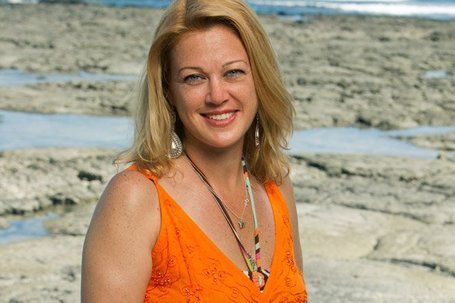 Next time: Ozzy can't surf, Mikayla will cry, and Bran reveals that he's been the real evil Hantz the whole time.