Share All sharing options for: Uncommon Survivor: One World - Week 3

Previously on ... UNCOMMON SURVIVOR: The women made all women sad for women. That's a pretty respectable accomplishment in terms of making your impact on the game. And society.

Now begins the month of March, famous for its ability to drive America Mad with... Madness. I'm not very good at March Madness. Someone asked me if I filled out my bracket and I thought they meant putting a colon before it to make it a smug emoticon. :] Hell yeah, bracket's full now.

The ladies return without Nina, tentative about their choice to preserve Kat instead. Colton slithers over behind two unidentified women to offer them a safe place to stay for the literal approaching storm. I guess the women did a better job weaving the men's shelter? Perhaps so, because the women were beaten by wind all night and had their fire doused. They decide to walk over to the men's fire and humbly warm themselves. Matt doesn't appreciate coming back to a camp full of soaking wet women.

Reward Challenge Time! The rain drops completely avoid falling on Jeff; magical. The challenge is a Run-n-Match Peepshow. Look at some objects, turn around, and make what you saw. The women kill it at this. Well, all except Kat, she takes seven tries to get one right, but she's still batting higher than the men. The women take home the fishing gear. That's gotta sting.

The women can't start a fire with the flint. You guys, this is inexcusable at this point in the run of Survivor. They go over to ask for an ember and are able to walk away without doing any real bargaining. The men want to use the boat. Colton, who is basically on the women's team, even expects some kind of compensation soon, as he is probably the one behind @RepubGirlProbz.

I guess it takes more than flint and a live fire to actually start a fire at the women's camp. They still don't want to agree to share the boat. The men send back the message that they want to use the boat, and Chelsea has reached her breaking point, saying she'll give up the fishing gear and the boat to be warm again. "DEAL! NO TAKESY BACKSIES!" I would shout as I ran back to my warm campfire with an armload of tackle. The next day, the women take their gear out with the boat and catch three guppies.

Immunity Challenge Time! Jeff's black shirt is far outside his normal style. It's a cool tree puzzle! Oh, there's blind pairs and people yelling. There is also a You Can't Do That On Television segment when they get their puzzle pieces. Nostalgia! The men start out with a big lead but lose it at the very end to Sabrina's quick tree puzzle work. Apparently, forget everything I said about fire because you can still win two challenges in a row without it.

The men's walk of shame back to camp is punctuated by the women's collective "Awww"ing. Colton really hates Bill cuz he says "bro" a lot and he is ghetto trash who should kill himself. What's not to love about this guy!? I hope he figures out a way to shave in a Hitler 'stache because that would be the perfect cherry on top.

The dudes are still pretty green at strategy talk because they haven't had to do any. Colton names the guys he wants to keep for a voting alliance and does it all without Matt's presence, so he promptly interrupts. Since they won't talk while he's there, he waits until they're done, but Matt takes Troyzan aside later to tell him about the birds and the bees, or the roosters and the hens where he is from. Matt's riveting speech doesn't sway Troyzan, who spills it all to Colton and the gang.

Tribal Council Time! Boring boring boring wait what? Colton gives up that he has an idol given to him by the women. He doesn't want to be a dumb Survivor who walks away with the idol in his pocket, so he does the second dumbest thing he can think of. He also reveals that he prefers the women because he is weak and requires constant assurance. So, that's what he thinks of women, too. Tarzan tries to make a case for Colton staying, but it's nutty, and Matt wants him to puff his chest out and be a macho talker guy. Bill is just high as f*ck. 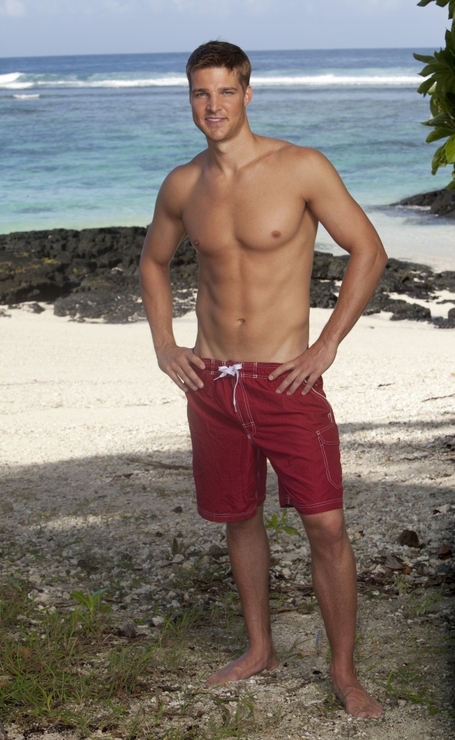 "Peep these dashboard abs" via www.cbs.com