Share All sharing options for: Uncommon Survivor: One World - Week 10

Previously on... UNCOMMON SURVIVOR: Troyzan avoids elimination by playing his idol, leaving Jay to face the music. The music of the jury. Hey, it wouldn't be a bad idea to play the Night Court theme when losers walk off.

Man, we are really winding down here. Already on week ten of what I guess is fourteen. This is one of those seasons where I'm not quite rooting for anyone yet. Probably a forgettable season. (Here's to Survivor defying me by making me fall hopelessly in love with one of the remaining Survivors.)

Troyzan knows he's next to go. Look at Christina being all nice about this. More props to her for being diplomatic after she's probably received the harshest words of anyone on Survivor ever. About a minute in, Troyzan becomes hostile during the conversation. I guess this episode is going to be about him being on the outs. Hm. Hmm.

Troy seems to be really devoted to being angry guy. Then he says what women do. As you can probably imagine (what am I talking about, you watched this) it's every bit as politically correct as can be.

Tree Mail: Auction. Yippee? I mean, I guess this is a good study into the psyche of the human ability to establish value; to weigh the pros and cons, but ... never mind. I'm being a jerkbutt. Carry on.

Reward Challenge Time Which Is Actually The Survivor Auction Time! Snazzy black shirt for Jeff. The first thing is iced coffee and some doughnuts. Chelsea kinda looks like Po to me. Don't trust her. The next thing is a margarita, chips, and salsa. As I write this after drinking lots of tequila (your definition of lots may vary), I'd bid a lot of money on that. Although, it would make me really hungry for whatever was coming next because that's what you get at a good Mexican restaurant. Bad bid, I'd say, even though I just said I'd bid. Don't waste your money on an appetizer. The next item is a protein shake and some nanners. Leif wins. Not an efficient use of protein to me. That would do the, umm, taller Survivors a lot better. Kim wins a shower for $40. That could win me a lot of influence. Smellin' all good; what's up ladies, wanna make a pact? Kat wins a BLT and is surprised to find that the B stands for bacon. Kim, from downtown, wins chocolate and peanut butter. Jeff tosses up some letters from home. Alicia bids $500 straight out to get her letter. Kat is surprised someone she knows could write. After Alicia read her letter aloud, Tarzan tosses all his money in for his letter. Troyzan breaks down at the end and cries. Nobody bullies him, much to my chagrin. Christina tosses down a bid, but Troyzan steals the clue to... something. He all mad. A covered item is fiecerely bid on... Kat wins a whole cake... for the tribe to eat in 60 seconds. Awesome. That caps off the auction. Probably the best ending I can remember.

Immunity Challenge Time! It's a slingshot challenge. Nevermind, that's the third stage. Do some other stuff first, then win. I don't really like these stage-based challenges, I've determined. I don't know why yet. I'm still thinking about it. Tarzan and Troyzan make it to the end, but not Tarman, Turban, Turkmen, or Tanemen. Troyzan wins in everyone's face and does some screaming and dancing about it. Trash talk happens now that he's safe.

After the challenge, everyone gathers 'round to hear Troyzan talk about how much ass he's kicking. Nobody likes it. Instead of Troyzan, the plan becomes Get Rid of Lil Leif. It's kinda weird that Kim and Chelsea are running the game and I can't really tell them apart. Troyzan tries some late swaying, which influences the smart, funny, valuable, intelligent, creative, friendly, and all-around amazing Alicia. Maybe this will result in something? No. No, it will not.

Tribal Council Time! There's some chatter resenting Troyzan's victory. Heated words, maybe. Everyone just hates Troyzan. I mean, I know he was a terrible host for the other challenge last week, but damn. Jeff can't even get a word in edge-wise. The volley is fast and furious between Troyzan and Sabrina. Troyzan's actually got a pretty good plan to eliminate the status quo and he brings it up in the Council. Not many people bring a coherent plan to Tribal; usually they lose their sh*t and sound like an idiot. The leading women are all talking at once, and this passive listener thinks they sound desperate and fearful. I'd make the move. 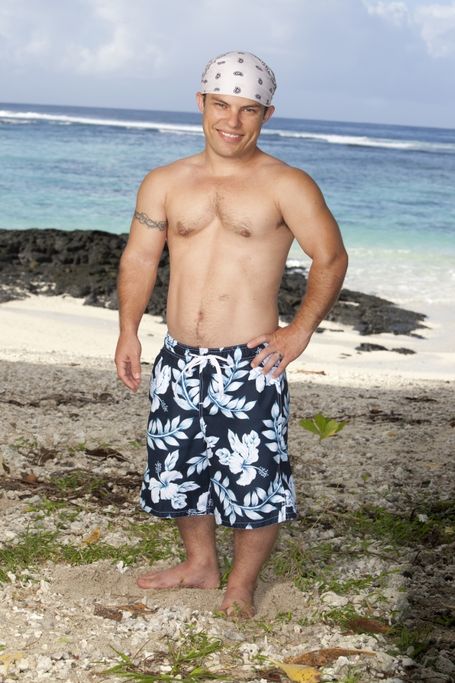 "I'll never be the head of a major corporation." via www.cbs.com

Next Time: The only two guys left are the guys with the worst names. Thanks a lot, CBS. Oh, I guess next time the women start fighting amongst themselves.