Share All sharing options for: Uncommon Survivor: One World - Week 8

Previously on... UNCOMMON SURVIVOR; Tarzan is pretty cray but Jones got voted out instead. No more five star cuisine for all the dumb jerks who voted him out.

Can I editorialize for a second? Of course I can, nobody gives a schit. Baseball starts today. Real actual Major League Baseball, not the dumb gimmickball they've been doing for a week. Celebrate the springtime with a nice big pouch of Big League Chew and some sunflower seeds. If you do this at the same time and upload to YouTube, I will buy you an adult soda (that's beer.)

Troyzan and Jay decide it's time to unite the membered members of the remaining survivors and eliminate those who are unmembered.

Tree Mail is sponsored by 7-Up. I hope that means the challenge will be playing the Cool Spot game, finding Orlando Jones, or playing Heads Up 7-Up. Turns out, it's a giant slide. Alicia can't even imagine the wedgie she's about to receive. Hm. That's the first place you go, huh? Did I say Challenge Time yet? I didn't? Okay. Well... that. The game is some kind of... thing... with a puzzle. The winner gets waterboarded in 7-Up and there will be a BBQ, too. In the first round, there's a lot of flexing muscles. I mean, if you're in to that. Even Jeff says, "we are very tight, right of the bat." The next thing of note that happens is the laws of physics against Alicia's butt. Something about mass times velocity that really brings the hurt. Leif looks adorable on that slide then he flies literally ten feet. Christina ditches her team to look at the puzzle. Maybe that's a good strategy? It's not like there's enough room for everyone's arms to make her presence in carrying the cube worthwhile. Turns out... that might have helped. We'll probably never know. I'm gonna say it did. Christina is cool.

The winners arrive at the 7-Up Oasis, which kinda looks like the an unspecific MTV spring break set. As far as BBQs go, it's a pretty good one. There's some prayer and I'm not gonna belabor the point about the Creator not being pleased with this.

Sabrina and Kim wanna do the same thing back to the men. They so crazy. Now they want to decide who is going home a day early. Double crazy!

Tree Mail arrives in the form of more 7-Up. Just in time to enjoy before the storm! Once the storm is up and running, Tarzan decides it's a good time to pull apart the shelter and burn it. Just, you know... for funsies. Chelsea confronts him but, of course, Tarzan doesn't think it's deserved. He takes Chelsea aside and asks her if the reason she doesn't like him is because of her own negative experiences with her plastic surgeon. Weird schit.

Kim makes a play to Troyzan while they're getting even more Tree Mail to eliminate Mike because he's... I don't know, saying words. True or not, Troyzan's sick of Mike now.

Immunity Challenge Time! A tangled up puzzley mess! It's a sixty piece blocky puzzle so it's going to take a long time. A few hours later, they start to get this challenge under way. After several hours, they find out they've spent all their time doing it wrong. After another hour of frantically cramming pieces around, Jay wins immunity and saves us from an eternity of almost-there puzzle shots.

The plan is to get rid of Christina first because... I mean, I guess you just have to get rid of the desirable people. Troyzan's vote is going to be used to get rid of Mike, though. Jay hears this plan and thinks it means he is next, becoming spooked at the prospect of being severely outnumbered by the women. As a peace offering, Christina is proposed as the new victim. To make it fair, or whatever.

Tribal Council Time! Hey look, it's Jonas! He made the jury! Jeff finds out that nobody thinks they're going home tonight, that means it's a guaranteed blindside. Everyone tries to explain the situation, but Tarzan thinks "the game is a foot" and everyone is playing Jeff. Then for some reason we have Kat trying to translate what Tarzan has said and I want to turn all of this off and delete it. 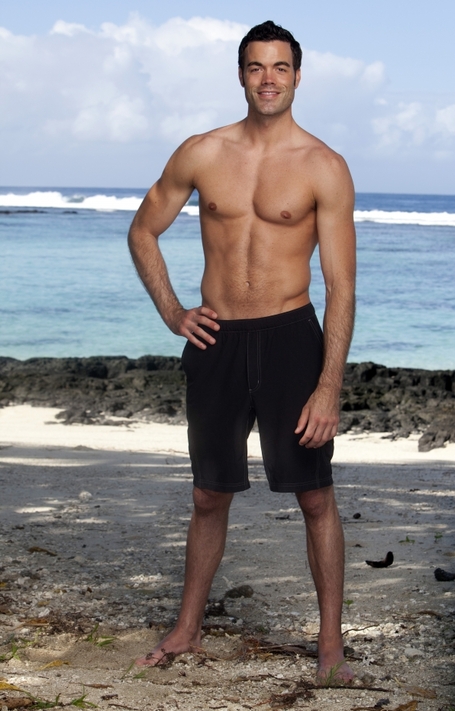 "Remember Carson Daly? I'm not him." via www.cbs.com

Next time: It's a woman's world now.