Share All sharing options for: Uncommon Survivor: One World - Finale

Previously on UNCOMMON SURVIVOR; the whole dang thing. A season that started off with promise is winding down in mediocre fashion. It seems the whole Colton thing was a season ago.

I guess it's impressive that the women came back after such a terrible start, but then I start to think about the men they were up against and it's not all that impressive anymore. Leif, Tarzan, Troyzan, ... other guys from the credits.

The ladies talk about how great it is to the be the last ones who are also women. Alicia seems quite confident that it's going to be her, Kim, and Christina in the final three. At least she's going to be surprised.

Sabrina and Kim fetch Tree Mail and discuss who they need to keep from winning; namely Chelsea. Now the rules of the game are to slit the throat of the nicest, most popular person, which means nobody is worried about anyone else's challenge performance ability.

Immunity Challenge Time! There's a lot in this challenge but the jiggly puzzle net is the best. Alicia helps some of her friends out with some troublesome knots because she's too far ahead. The word problem that gives the lock combination is a cruel twist that adds a touch of drama to the end. I'm not good at counting, then running, then remembering what I've counted. Kim finally gets the numbers right after some tense moments. That's a dang good challenge.

Upon returning, Kim and Chelsea go have a heart-to-heart. Kim's got a few options now, and one of them may be a hidden idol trick. The other is leaving her good friend out in the cold. I'm hoping whatever she does is really mean. I'm starved for daggers.

Tribal Council Time! Nobody's even mad at each other until Kim says "loyalty" and Kat shakes her head. Jeff must have seen that and made he talk about it again, turning Kat into an eye-rolling bobblehead doll. Jeff prods them all for last words. Alicia's are the best because they get a reaction out of Troyzan. If you can't say things that make the jury boo and hiss, you aren't doing it right, imo. 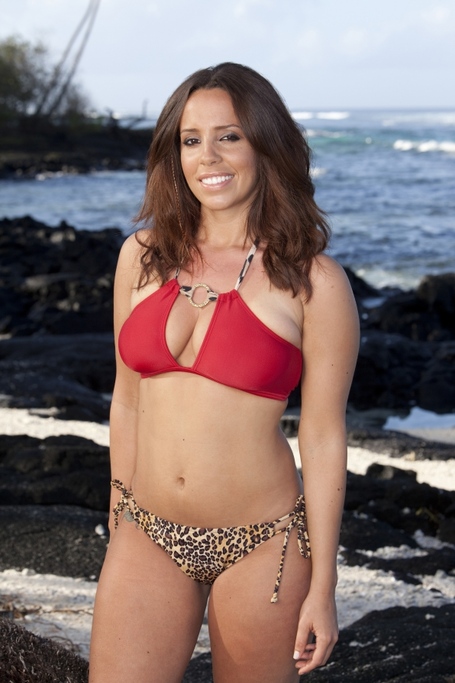 Record holder for most skin covered by blurring. via www.cbs.com

Alicia's proud of Kim but hates Christina because she brought her to the end. Kim and Chelsea think they should bring Christina to the end because she'll torpedo herself in front of a jury.

Tree Mail Again: It's the torch thing. This is seriously the only reason the finale is two hours. I don't like it, you guys.

Immunity Challenge Again Time! A tedious stacking challenge! Sabrina flounders out early. Kim and Christina are bowl and bowl up until the end and Kim's stack of bowls almost falls over and then it doesn't. Let's do the last challenge over again instead of this one.

Back at camp, Kim lays it out straight to Christina, eliminating a good few minutes of content. Now there's plenty of time to burn torches! But after her conversation with Christina, Kim realizes how lame Christina is and might have second thoughts, so I guess there's that.

Tribal Council Time! Jeff figures out Christina is the one going home, but everyone's just going to deny that Christina had no chance. Not only have they been allied since day one, they hated her since day one. They're not trying to take the easy way out, so she doesn't have a shot. Everyone gathers around Christina, throwing garbage on her and spitting at her. 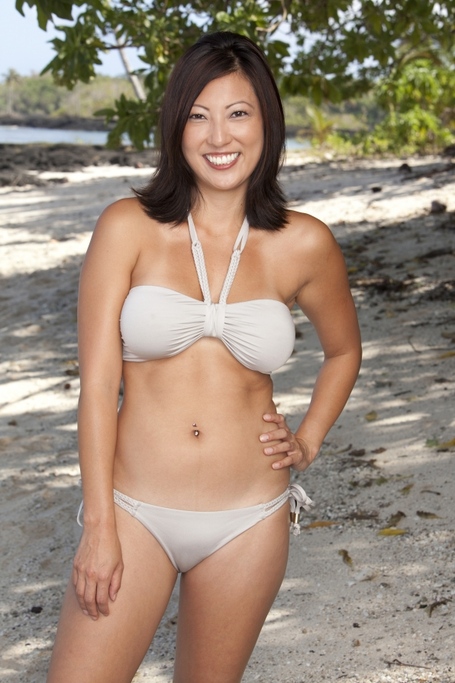 The mascot for this season. via www.cbs.com

Morning on Day 39. Sabrina watches the sunrise while thinking about life and all that stuff. Then it's breakfast time. I know this is the Internet, and everyone's overly excited about bacon, but I'd really want some bacon.

Jury Time! Please be good, people. Chelsea does the ol' I Wish We Were Better Friends Speech, Kim does the ol' Remember It's Just a Game Speech, and Sabrina rattles off a decent Underdog Speech.

Jonas starts the questioning off with a decent joke, says Sabrina sucked, calls Chelsea the hottest in the game, and asks why Christina didn't get to be last.

Jay asks Sabrina what her strategy was and Sabrina says she had just learned to swim before coming out here.

Michael doesn't really ask a question and he gets kinda preachy.

Tarzan thanks God (big Survivor fan), cries about his wife walking onto the island. It gets all cry-y because everyone's all touched... or hopped up on the scent of a million dollars.

Leif has a lot of feelings about getting taken out.

Alicia compliments herself a lot and then talks about how flattered she is by herself.

Troyzan asks Kim a question that could decide her fate.

Kat has more feelings than Leif about all of this. Then she talks about a series of open-heart surgeries that almost make everyone cry again.

All in all, a respectful cross examination. Better than a stupid one, I guess. 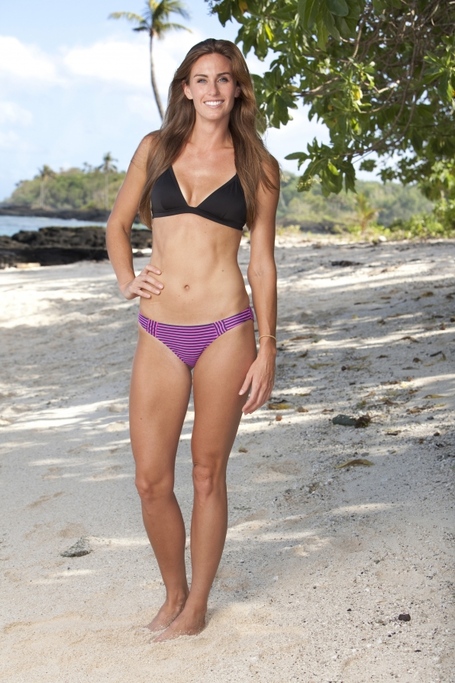 And that's that. I didn't watch the reunion because I went to sleep. Talk about it here. Tell me what I missed.